Rhino poachers are walking free, but a Chepang was killed for collecting snail 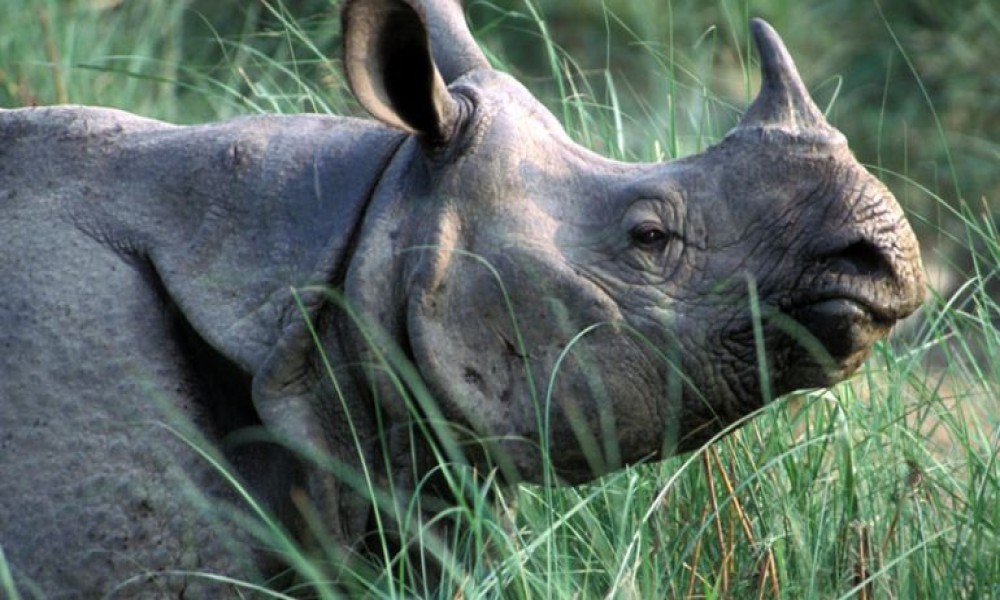 Law and Human Rights
Rhino poachers are walking free, but a Chepang was killed for collecting snail

Late one night in the last week of last month, I went to the Chepang settlement in Rapti Municipality-2 of Chitwan district.

I wanted to meet the family of Rajkumar Chepang, who was recently beaten to death by a group of Nepal Army soldiers patrolling the jungle of Chitwan National Park.

Seeing a stranger so late in their house, Rajkumar's family members first hesitated to open up. They suspected me to be a government spy. When I told them that I was a journalist, and that I wanted to share their story with the world, they began to speak their hearts out.

It was Rajkumar's mother Aaiti Maya, who first started speaking out. As she talked, her eyes brimmed with tears.

According to Aaiti Maya, Rakumar was the oldest of her two sons. She had lost her youngest son to cancer last year. In trying to save her 12-year-old son, she had sold her house that was built on a government land.

Rakumar was the oldest of her two sons. She had lost her youngest son to cancer last year. In trying to save her 12-year-old son, she had sold her house that was built on a government land.

Even after selling her house, Aaiti Maya's family continued living there on rent. They would now pay Rs 2,000 for the same house that was once theirs. When the government imposed the nationwide lockdown to limit the spread of COVID-19 on 24 March, it became increasingly difficult for her to pay the monthly rent.

After failing to pay rent for six months, they were forced out of the house. They are now living precariously in a small bamboo hut erected on the bank of a river stream.

As Aaiti Maya talked, Rajkumar's widow Ripumaya was sitting on the floor, with her two-year-old daughter in her lap. She did not speak, but her sad eyes showed how devastated she must have felt after losing her husband.

After Aaiti Maya, Rajkumar's father Bishnu Lal started talking about the tragedy that has befallen them. He said: "The only crime my son committed was that he could not see us hungry."

The only crime my son committed was that he could not see us hungry.

According to Bishnu Lal, they were already struggling to make ends meet. The lockdown made it even more difficult for them to survive. Before the lockdown, Rajkumar would work as a manual laborer. After the lockdown, it was difficult to earn daily wages.

When he could not provide for his family, Rajkumar entered the jungle of Chitwan National Park in search of Ghongi - a type of snail which is popular among indigenous people living in Nepal's Terai region.

While they were collecting Ghongi for their next meal, the army caught them. According to what Santosh Chepang told Rajkumar's father, they were made to lie down on the floor with their faces down. They were first thrashed on their back with batons. They were then mercilessly kicked with boots. At last, they were pulled by their hair and hurled on the floor.

Bishnu Lal says, "How could my son survive so much beating?"

Santosh Chepang has bruises all over his body. According to him, the soldiers who thrashed them were drunk. He recalls: "Some of them were too drunk to walk steadily, and they made us carry logs."

He adds: "They hurled abusive slurs at us. We had women in our group, but they did not care."

Rhino poachers are walking free in this country, but my son was killed just because he collected some Ghongi for his hungry child.

They were made to walk to the army barrack, carrying heavy logs all the way. They were released in the evening on a condition that they would return the next day with Rs 500 per person.

They reached their village at around 6 o'clock in the evening. Raj Kumar, 24, was the youngest of them all. He was also slender and weak. He could not endure pain. He suffered from fever all night long.

The next day, Raj Kumar's family gave him pain killers. But his condition worsened. He started vomiting blood. He was taken to Bharatpur Hospital, but he had already lost his consciousness. He was pronounced dead by doctors as soon as he was taken there.

Bishnu Lal says:  "Rhino poachers are walking free in this country, but my son was killed just because he collected some Ghongi for his hungry child."