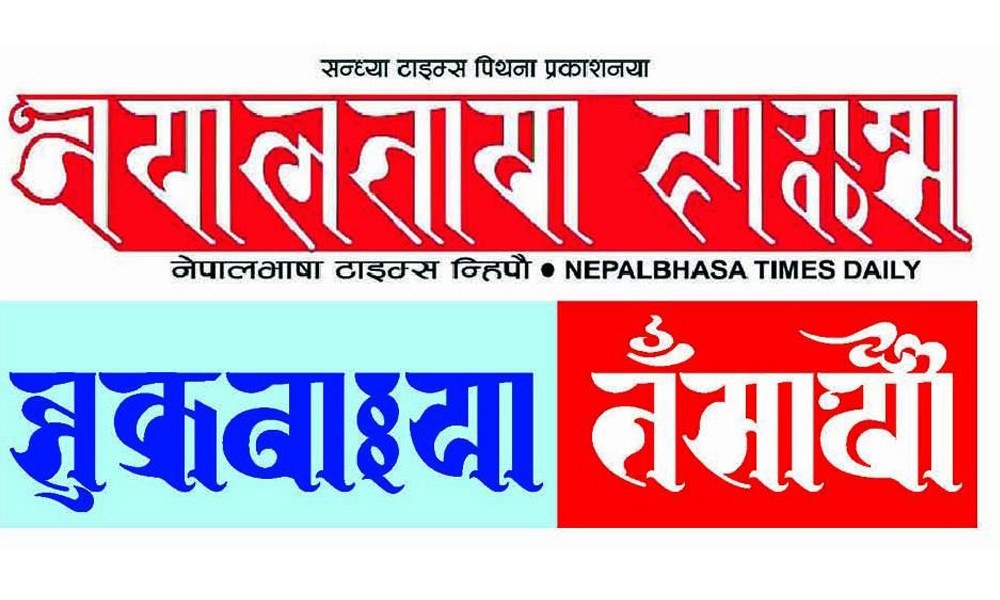 As many as 123 languages are spoken in Nepal. However, according to the statistics compiled by the Nepal Press Council (NPC) -- a government body that promotes media code and ethics, news is published or broadcast only in 26 languages, with an overwhelming majority of newspapers, online, TV and radio using only one language: Nepali. About 12% of the population speak Maithili language in Nepal. But there are barely a couple of regular Maithili language-newspapers. There are also a few online portals in Maithili language, which are not influential.

Five decades have elapsed after the passing away of King Mahendra, but the legacy of his 'one language, one policy' is still being felt in Nepal. Political parties are not tired of paying life service to multi-culturalism and linguistic diversity, but their mindset appears to be shaped by king Mahendra's linguistic policy.

We have accepted pluralism in our Constitution, but not in practice. As in the party-less Panchayat era, the State continues to nurture only one language even today. To be sure, the government mouthpiece Gorkhapatra has dedicated two pages to publish articles in multiple languages, but that is not adequate. The State-owned Nepal Television and Radio Nepal also broadcast news bulletins in local languages, but they have not realized the need to produce programs in multiple languages.

The preservation and promotion of diverse mother-tongues could help broaden the scope of documenting and discovering history, but the Academy does not seem to care about it.

The responsibility to promote diverse languages largely lies with Nepal Academy, but even this institution appears to be obsessed with promoting only Nepali language. Those who are at the helm of the Academy have failed to understand that we would be able to discover the history and culture of an ethnic community by learning their language.

The preservation and promotion of diverse mother-tongues could help broaden the scope of documenting and discovering history, but the Academy does not seem to care about it.

The Nepali media has not been able to investigate and write about the critical issues affecting the subalterns because of their linguistic composition. Most journalists who run the media industry in Nepal speak only Nepali language. They do not speak or understand the many languages that are the lingua franca of most marginalized communities.

For many Indigenous Peoples such as Gurung, Tamang, Maithili, Bhojpuri, Awadhi and Newar, Nepali is only the second language. So, they cannot share their nuanced life-stories with Nepali-speaking journalists. Nepali-speaking journalists' inability to freely communicate with from indigenous communities -- especially those who live at the bottom of the country's socio-economic ladder -- creates a barrier for them. It undermines their ability to write about the down-trodden people.

Some journalists belonging to indigenous communities have been trying to make a mark in the Nepali media industry. For them, Nepal is not the first language. They speak in their mother tongues at home, which is sometimes reflected in their reporting for which they have to face embarrassment. For example, a journalist with Limbu mother tongue might sometimes mix Limbu words or cultural references in his writing. In such situation, his news story is either dumped or edited in a way that it loses its spirit.

Nepali media is not inclusive

How a newsroom looks at an issue and develops news stories about it depends on its ethnic composition. But our newsrooms are not inclusive, which reflects in their contents. During the Madhes movement, national media outlets covered the Madhes movement, but they were unable to capture all the dynamics and nuances of that struggle. It was a result of lack of diversity in newsrooms. A newsroom that is not inclusive is often biased against the issues of excluded communities.

Most journalists who run the media industry in Nepal speak only Nepali language. They do not speak or understand the many languages that are the lingua franca of most marginalized communities.

Nepali editors consider themselves to be liberals, but they have not undertaken any efforts to make newsrooms inclusive. If a newsroom has 50 journalists, barely one or two of them are from Dalit or Madhesi communities. Some editors loathe languages other than Nepal. They cannot tolerate diversity in languages.

Translated excerpts of an article originally published in www.ukera.com