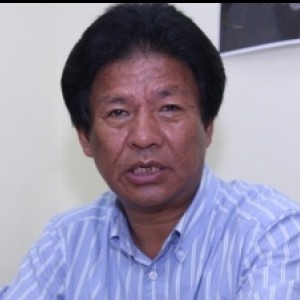 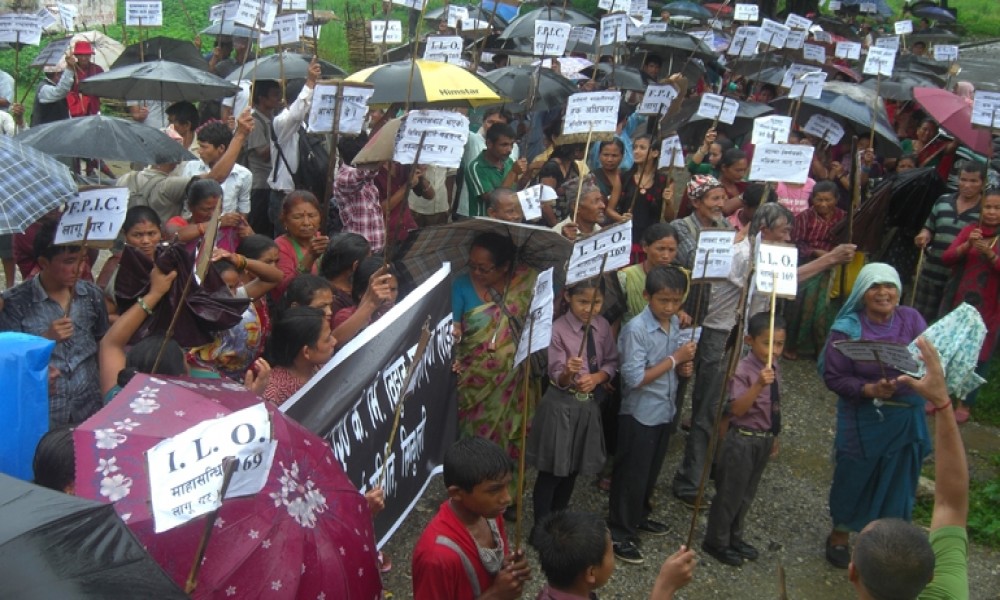 The Jan Andolan of 1990 was a defining moment in Nepal's political spectrum. As hundreds of thousands of people descended on the streets against the party-less Panchayat system, the then king Birendra Shah announced restoration of democracy. A year later, a new constitution promulgated in the wake of the Jan Andolan recognized Nepal as a multi-ethnic, multi-lingual and multi-cultural country. That was when Nepal's Indigenous Peoples got some political space. And that was when they started forming associations to fight for their identity, inclusion and political rights.

In 1991, Nepal Federation of Indigenous Nationalities (NEFIN) was formed to raise the voice of Aadivasi Janajati. At the outset, the NEFIN was an umbrella organization of nine different ethnic associations (Gurung, Magar, Newar, Rai, Limbu, Tamang, Sherpa, Thakali and Sunuwar). Suresh Ale Magar became the first General Secretary of the NEFIN. The NEFIN launched a campaign to raise awareness about language, culture, religious, attire, crafts and traditional knowledge of Indigenous Peoples. At that time, the NEFIN was not certain as to what it exactly wanted. It lacked a clear political agenda. So, the NEFIN started a series of discussions with intellectuals from indigenous communities.

The United Nations declared 1993 as the year of Indigenous Peoples. That was another watershed moment in Nepal's indigenous rights movement. Celebration of the UN year of Indigenous Peoples gave international recognition and legitimacy for Aadivasi Janajati's struggle for rights in Nepal. In 1994, a national conference held in Kathmandu came up with definition of Aadivasi Janajati in accordance with the UN standards. As Aadivasi Janajati movement intensified, the government formed a taskforce, led by Prof Santa Bahadur Gurung, to identify Nepal's indigenous nationalities. The taskforce prepared a list of 61 indigenous nationalities and made recommendations for the government to recognize their status. The taskforce also drafted an act for forming an academy responsible for uplifting socio-economic status of Indigenous Peoples.

It was a milestone in transforming Nepal into a multi-ethnic, multi-cultural and multi-lingual country.

But, the act drafted by the Gurung taskforce was not approved by the parliament. As the NEFIN mounted pressure, the government introduced an ordinance in 1996 to form National Indigenous Nationalities Development Committee. In 2001, the government passed an act to establish an academy to uplift socio-economic status of Indigenous Peoples. In this process, the list of 61 indigenous nationalities was revised. After Manange was struck off the list and Chimtan and Thintan merged with Tingaunle Thakali, the number of indigenous nationalities came down to 59. It was a milestone in transforming Nepal into a multi-ethnic, multi-cultural and multi-lingual country.

some Indigenous communities started to assert their own distinct identities. Kulung, Chamling, Bahing, Loharung, Yamphu, Nachhiring, Aathpahariya and Bantawa, who were previously listed as Rai, claimed that they were different ethnic communities.

Later, some Indigenous communities started to assert their own distinct identities. Kulung, Chamling, Bahing, Loharung, Yamphu, Nachhiring, Aathpahariya and Bantawa, who were previously listed as Rai, claimed that they were different ethnic communities. Ghale, Jyapu, Pun, Pode, Rana Tharu, Balami and Karmarong also started to raise their voice for re-listing of Nepal's indigenous nationalities. In 2009, the government formed a committee led by Prof Dr Om Gurung to prepared a new list of indigenous nationalities.