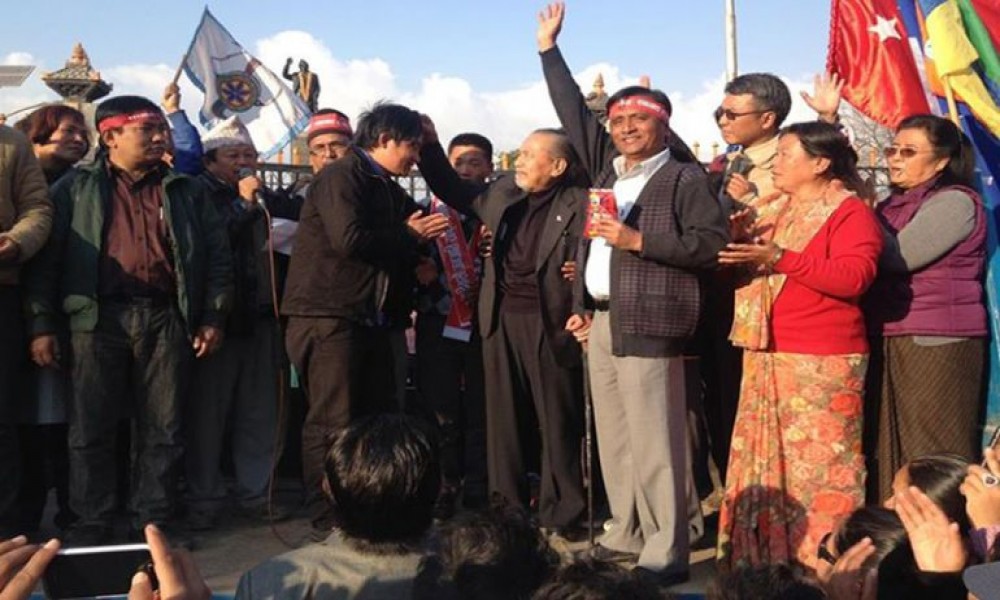 Nepal is now in the last lap of promulgating a new constitution, and it is natural for all identity groups to be concerned about its contents. Indigenous people are not an exception. They believe that their rights should be enshrined in the new constitution because they have not only contributed a great deal to the national building process in the history but also participated in the recent war and peaceful movements.

Against the backdrop of the war, a 12-point agreement between the parliamentary parties and the Maoist rebels was signed in 2005. That agreement was instrumental in igniting fire that eventually burnt the 250 years old monarchy and gave birth to a republic. The 12-point agreement was also a step towards dismantling the old state structure and creating an inclusive and just system. Comprehensive Peace Agreement (CPA)-2006 and Interim Constitution-2007 were also results of that agreement. Genesis of the new constitution that is now being draft can be found in the 12-point agreement, or beyond.

Indigenous people see the constitution writing process in the context of the Maoist war, the 12-point agreement, the 2006 Jan Andolan, the CPA-2007 and the Interim Constitution-2007. The government has promised to ensure rights of indigenous people in the new constitution by signing various agreements since 2006. They now want the government to honor the past agreement. They also want the political parties to honor international treaties and conventions, to which Nepal is a party.

The draft constitution is already out. We are now waiting for the final draft. The initial draft or amendments to it do not seem to have guaranteed our rights. The draft has not mentioned a word in its preamble about historic contribution of indigenous people to the nation building process. Nor has it respect agreements between the government and indigenous people. It is silent about indigenous people's collective rights, rights over the land where they have been living for ages and their prior rights over natural resources. Worse, it has imposed restrictions on mother tongues. Most importantly, it has denied us our rights for proportional representation. Without proportional representation, birth of an inclusive state cannot be imagined and systematic exclusion of the historically marginalized communities will persist.

The draft constitution talks about 'the sovereign Nepali people'. But rights to self determination, which is the most important rights in a democracy, do not appear in it. On the one hand, the preamble of the new constitution envisions a plural society. On the other hand, by defining the identity of Khas-Arya, the draft constitution has legitimized the caste-hierarchy propped up by Hindu religion. It is ridiculous.

This article was first published in Kantipur National daily, on August, 9, 2015

Other articles by Malla K Sundar