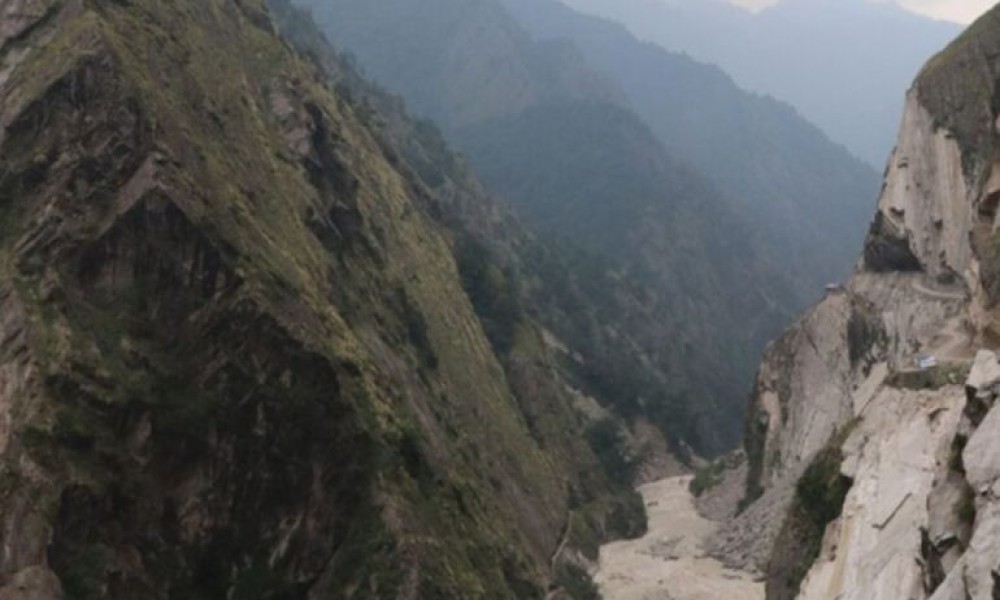 "Our Kipat lands  extends up to that mound over there, where there is a security post set up by India's Seema Suraksha Bal (SSB). The forested area beyond that mound lies in Singalila National Park of India.   It is strictly prohibited to enter the Indian park. Sheldom Indians attempt to enter our Kipat forest with intention of collecting firewoods and grass.  We do not allow Indians to enter into our Kipat lands either. Sometimes a fistfight breaks out between us and them. It has been continued from our forefathers' time.  If we do not guard our Kipat lands, it will be  captured by India in no time".

It is a testimony of one of the   custodian of Kipat lands in Sandakpur, a village in the north-eastern part of Ilam district adjacent to the Indian border. I was there as part of a team to study the Kipat  Lands and system of the Thebe clan of Limbu. In one of the many conversations we had with  Thebe Limbu people, a Kipat owner shared his experience about protecting their lands, and the country's border. I am not revealing his identity in this article, but what he said is still very important.

Indigenous Limbu peoples once had their own kingdom stretched from the Arun river of Sankhuwasabha in the west to Sikkim in the east. When the border was drawn, some Limbu people found themselves in Nepal and others were in India.

Indigenous Limbu peoples once had their own kingdom stretched from the Arun river of Sankhuwasabha in the west to Sikkim in the east (W. Brook Northey, the Gurkha, 1928:213).When the border was drawn, some Limbu people found themselves in Nepal and others were in India.

The lands of Limbu  became part of Nepal after what is known as the Laalmohar treaty of 1831 B.S. (Mahesh Chandra Regmi, Land, Tenure and Taxation in Nepal, 1978:29-31). The Laalmohar treaty is also referred to as the Noonpani treaty between the Gorkha kingdom and the Limbus (Iman Singh Chemjong, History and Culture of Kirant, 2003:205).

Even after becoming part of Nepal following the treaty with the Gorkha kingdom, the Limbus enjoyed self-rule and autonomy in the model of one country and two systems. During the reign of king Ran Bahadur Shah, Limbu people were granted power to keep  army, and then given  authority to guard the border (Dr. Narayan Sangroula, the Kipat tradition of PalloKirant, 2067 B.S.:393). That can be considered an example of giving  Indigeneous peoples the responsibility to guard the  border of the country.There are border pillars that help people to identify whether they are in Nepal, or in India.  Where there is one border pillar stands far from the other,  trees, mounds or even bush are landmarks to define as a border line between the two countries, Frontier  Indigenous Peoples and Locals have specialty to clarify demarcation border . India has established its SSB posts, but Nepal has not taken such initiative.

A few years ago, the Indian SSB set up its new check points south of Phatak in Pashupatinagar in Ilam district. The new check points encroached upon the land cultivated by Nepali people for generations. Alarmed and enraged by the blatant border encroachment by India, local people immediately informed the district administration office. An influential politician from Ilam was Minister back then, who led a team to inspect the encroached land. But the team took no further efforts to free the Nepali land. At the end, local people themselves forced the Indian SSB to  relocate their check points towards Indian side.

Byasi, Sauka people's ancestral land and livelihood activities stretch from Nepal to India and China. They have relations with Nepal's Darchula, India's Pithauragadh and Tibet's Taklakot.

Just like the Limbus, other Indigenous Peoples such as Meche, Uraun, Rajbanshi, Tharu and ByasiSauka have been guarding national frontier in their areas. In the northern mountains, Ghale, Sherpa, Walung, Dhokpe, Gurung, Bhote, Thakali, Bahragu, Hyolmo, Dolpo, Singsa, Tamang, Manange, Karamrong, Tukchulung and Ninawa Thami have been guarding the border. They are the frontier Indigenous Peoples. Among them most of Indigenous Peoples that include, Limbu, Tharu, Byasi Sauka etc. are divided between India and Nepal in eastern, southern and western part as well as the northern border between Nepal and China ruled autonomous Tibet divides Dolpo, Loba in  in two countries.  Traditionally, these Indigenous peoples have been exercising cross border contacts to their economic, cultural, social, spritual matters, but they face obstacles sometimes due to border disputes.

Byasi, Sauka people's ancestral land and livelihood activities stretch from Nepal to India and China. They have relations with Nepal's Darchula, India's Pithauragadh and Tibet's Taklakot. They have been living there since before their lands was divided into three different countries. They have suffered a lot because of the border.

Just like how there is no clear indication of border between Nepal and India in Ilam, Nepal's border with China is also confusing in many parts of northern mountains. When a joint technical team of Nepal and China worked together to trace the border line from Taplejung to Sankhuwasabha, they  concluded their tasks without any hurdles recognising respective Indigenous traditional attachments with their lands and customary land tenure system administered under Subangin (Limbus) and Gobangis (Dhopke, Walung etc.) system. In many parts, mountain indigenous communities have been using natural resources based on their traditional  lands revenue paid receipts. China has also recognised their claims, and there are no troubles.

This is the first part of an unofficial translation of Limbu's long article published originally in Nepali in www.ratopati.com