Why Nepal's rulers are unsupportive of Gurkha's movement for equal pay 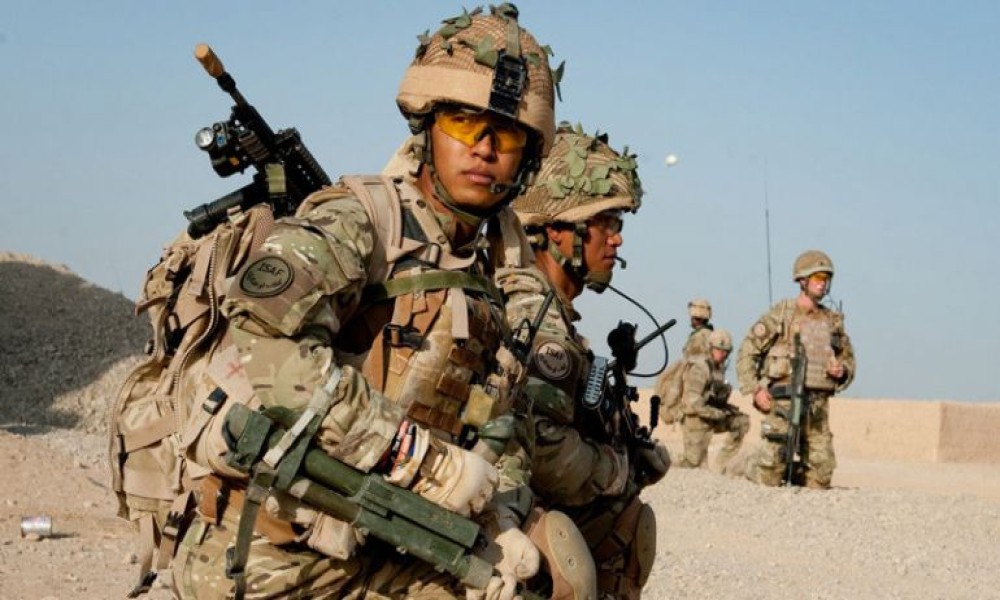 Gurkha has become synonymous with honesty, loyalty and bravery not just in Nepal but all over the world. They are actually Indigenous Peoples from Nepal, and have been serving British and Indian armies for the last two centuries. They have been dubbed the Best Martial Tribe of Nepal by the British for their courage and valor in many epic wars, including the two World Wars. British Gurkha soldiers are mostly from Nepal's indigenous communities like Gurung, Magar, Rai, Limbu, Sunuwar and Tamang. They are very straightforward, and are known for their honesty, loyalty, bravery, discipline, patriotism and fearlessness. But they have faced an extreme form of discrimination at the hands of the British, whom they have long served with absolute loyalty.

More than 200,000 Gurkha soldiers from Nepal have fought during the two World Wars on behalf of the British empire. Gurkha soldiers followed orders from their British commanders without questioning them.

People from those tribes that love their country are naturally patriotic, fearless and valiant. Because of Gurkha's bravery, British forces were humbled during the fabled battle of Nalapani. The British were forced to retreat from the fort of Nalapani at a time when they were capable of conquering nearly any country. Impressed by the bravery demonstrated by Grokha, the British government decided to recruit them into its army. After the signing of Sugauli Treaty in 1816, the British began to import Gurkha soldiers from Nepal to fulfill their ambition of expanding their empire around the world.

The British do not treat the Gurkha on equal terms as other British soldiers. They get much less salaries, pensions and other facilities, which is not just unequal but also inhumane. It is believed that the British have deliberately hidden or destroyed the documents containing the details of Gurkha soldiers who perished during the World Wars. Thousands of Gurkha soldiers who were killed and wounded during wars remain undocumented. Their families were never given compensation.

During the World Wars, Gurkha soldiers were not in a position to speak up against the cruel treatment of their bodies and souls. They could not demand justice.

During the World Wars, Gurkha soldiers were not in a position to speak up against the cruel treatment of their bodies and souls. They could not demand justice.

Widows of those Gurkha soldiers who were killed in line of duty were never informed about what happened to their husbands. They died waiting for their husbands to return, or at least for the news of their death. The Nepal government also failed them by not keeping a track of those Gurkha soldiers it exported to the British. By exporting Gorkha soldiers, the Nepal government received money from the British.

The new generation of Gurkha realized that they have long been subjected to cruel discrimination, so they have been fighting for equal rights for the last three decades. After ex-British Gurkha soldiers launched a movement for equality, there has been some improvement in terms of their pay and pension. But they still have to go a long way before they are treated equally as their British counterparts. What is even more pitiful is the fact that the Nepal government has never initiated any diplomatic efforts to help its citizens win the battle of equality.

The rulers have always been paranoid about indigenous peoples gaining political awareness and rising up for their share in the State affairs. This is why the Nepal government has never supported its own citizens' movement for justice.

The new generation of Gurkha is politically aware, and is able to speak up for their rights. But most of them are still weak economically. Because of their nature of service, they live outside the country most of their life and grow distanced from domestic politics. As a result, they have always been on the margins of the State. If they get equal pay and pension, they will become strong economically as well and they rise in domestic politics. Because of this paranoia, the Nepal government has never come forward to help the cause of Gurkha.

Nepal's rulers want indigenous peoples to live in penury forever. So long as indigenous peoples have to go abroad for livelihood, they can maintain their hegemony in domestic affairs. The rulers have always been paranoid about indigenous peoples gaining political awareness and rising up for their share in the State affairs. This is why the Nepal government has never supported its own citizens' movement for justice. There is no other reason why the government does not stand by Gurkha.