No country for indigenous Chepang people 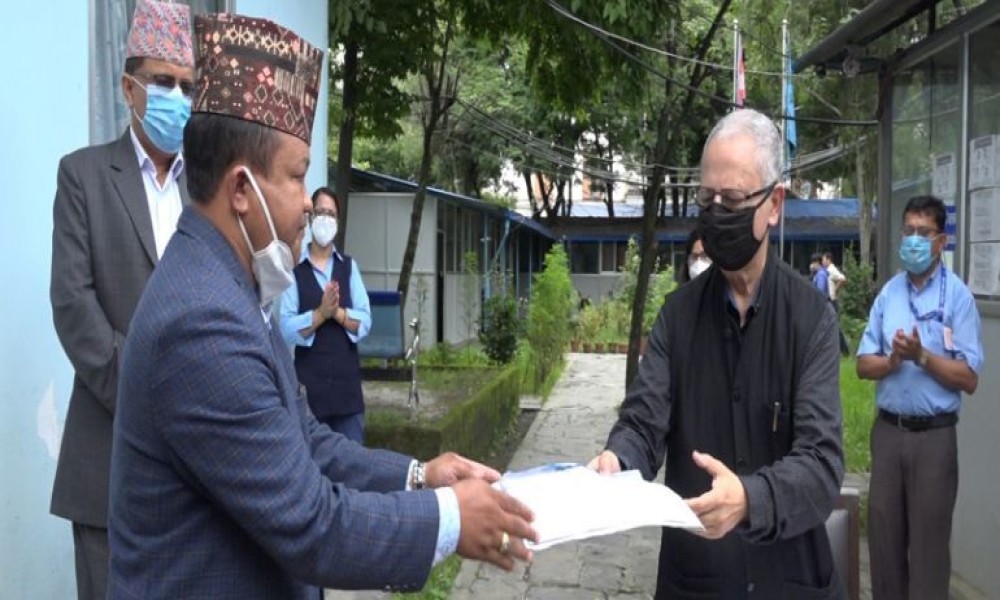 Law and Human Rights
No country for indigenous Chepang people

Two recent attacks against indigenous Chepang people in Chitwan are being condemned widely. Nepal Federation of Indigenous Nationalities (NEFIN), which is an umbrella body of Adivsai Janajasti, has asked National Human Rights Commission (NHRC) to look into this issue. Receiving a memorandum from NEFIN on 26 July, NHRC Chair Anup Raj Sharma said that the human rights body is 'concerned' about the injustice meted out to poor indigenous people. NHRC secretary Bed Prakash Bhattarai informed NEFIN that they have launched an investigation into the Chitwan incidents.

A crime against humanity

Days after Chepang people's houses were burnt down by Chitwan National Park (CNP) in Kusum Khola area of Madi Municipality, an innocent Chepang man identified as Raj Kumar Chepang was killed by a Nepal Army soldier. These two fresh incidents have enraged the entire Adivasi Janajati community. Such a crime against humanity should not be overlooked by anyone. It is a gross violation of human rights, and this is high time everyone spoke up for justice.

Days after Chepang people's houses were burnt down by Chitwan National Park (CNP) in Kusum Khola area of Madi Municipality, an innocent Chepang man identified as Raj Kumar Chepang was killed by a Nepal Army soldier.

The death of Raj Kumar Chepang and the burning down of Chepang people's houses are not one-off incidents. They are just recent examples of how the State has been doing injustice to indigenous people by systematically driving them away from their native forest, land and water resources.

Misuse of the military

National parks' purpose is to protect wildlife, biodiversity and the ecosystem. However, Nepal's national parks appear to be more active and interested in causing trouble against indigenous people, whose life and culture are so intrinsically linked with the nature. The army's deployment in national parks is a misuse of an institution, whose first duty is to protect the country.

Nepal now has 12 national parks, one wildlife reserve, one hunting reserve, 6 protected areas and 13 buffer zones. In all of these protected areas, indigenous people have been suffering a lot. What happened in Chitwan are just the latest examples to show how they have been victimized by a conservation plan that denies them their rights over local natural resources.

Just like Chitwan's Chepang or Bote people, Banke and Bardiya's Tharu are facing restrictions. In Dhorpatan of Baglung, local Magar and Gurung people have been demanding that they be allowed to use local natural resources. In Manang and Mustang, local indigenous people face restrictions imposed by Annapurna Conservation Area Project (ACAP). Local Sherpa people are left out of Sagarmatha National Park. And in the eastern hills, local Rai and Limbu have the same story to share about Kanchenjunga National Park.

Nepal now has 12 national parks, one wildlife reserve, one hunting reserve, 6 protected areas and 13 buffer zones. In all of these protected areas, indigenous people have been suffering a lot.

But the State has always suppressed the voices of these indigenous communities by mobilizing the army. The recent attacks against Chitwan's Chepang people have prompted Adivasi Janajati to launch a movement for justice, but it should not be limited to Chitwan. It should be nationwide. It will otherwise have no impact.

Neither the burning down of Chepang people's houses nor the death of Raj Kumar Chepang is an isolated case. The death of Sukram Chaudhary, another poor indigenous man, in Chitwan is still fresh. A study by Lawyers' Association for Human Rights of Nepal's Indigenous People (LAHURNIP) has documented many deaths of poor indigenous people who were killed because they wanted to use local resources.

The Nepal Army has said that it has launched an investigation into how Raj Kumar Chepang was killed. Human rights activists have also started an independent investigation. But investigation is not a sufficient response to such injustice as long as those who are found guilty get to walk free.