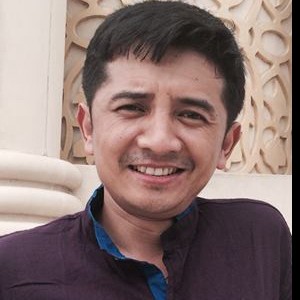 The Ministry of Law, Justice and Parliamentary Affairs is now formulating new and revising old laws in tune with the Constitution, which was promulgated in September 2015. Altogether 138 new laws, mostly to regulate federal and local administrative units, need to be drafted soon.

Laws are passed by Parliament. This is why Parliament is referred to as the legislative body of the state. But a law needs to undergo various stages before being tabled in Parliament. Former Law Minister Agni Kharel says: "The draft of a law is prepared by the ministry concerned. It is then reviewed by the law ministry, and is forwarded to the Cabinet. Once approved by the Cabinet, it is sent to the Bill Committee of Parliament. It is discussed clause-wise and reviewed within the Committee before being tabled in Parliament as a bill. Once passed by the Legislative, the bill comes into effect as an Act. A law needs to undergo 22 stages to be effective."

The Constitution is being implemented.  But political forces are divided over it. The Nepali Congress, the UML and the CPN (Maoist-Centre) are for its implementation, but Madhes-based parties, Adivasi Janajati activists and minority communities want its revision.

The Constitution is being implemented.  But political forces are divided over it. The Nepali Congress, the UML and the CPN (Maoist-Centre) are for its implementation, but Madhes-based parties, Adivasi Janajati activists and minority communities want its revision.

Former Law Minister Kharel says there is always room for amending the Constitution to address political grievances of the dissenters. "We have already amended the Charter once, and we can do it again," he says.  "The Constitution is an evolving document. It needs to evolve to stay relevant."

Positive side of constitution

The constitution has recognised Nepal as a multi-ethnic, multi-linguistic, multi-cultural and diverse country in its preamble. Advocate Bichar Singh Subba says the new constitution is far more progressive than the one promulgated in 1990. "The new constitution strives to end discriminations based on class, caste, region, language, religion and gender; promote economic equity, prosperity, social justice, proportional inclusion and participatory governance," he says. "It is a radical departure from the 1990 constitution."

The new constitution has certain provisions for inclusion. It has ensured reservation for women, Dalit, Adivasi Janajati, Khas-Arya, Madhesi, Tharu, Muslim and backward communities in the Lower House, the Upper House and Federal Provinces. For women, Dalit and minority communities, there are reserved seats in village and municipality councils.

The society is evolving. So should be the charter that governs it. So, the provisions that are considered to be complete today may not be complete tomorrow. It is important to keep improving the charter.

Other articles by Jagatman Dong Tamang