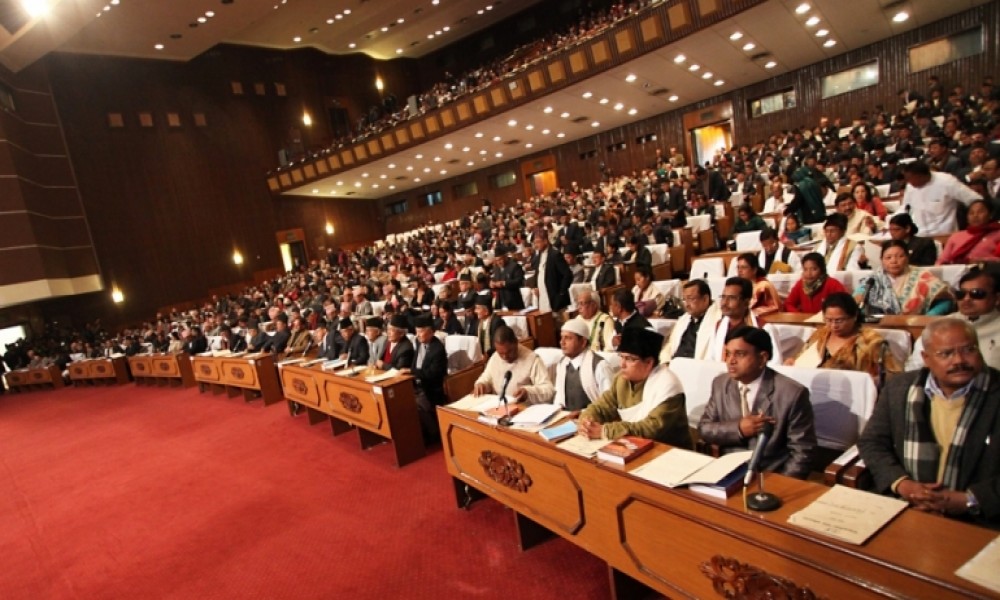 Nepal is on the cusp of transformation of political system; and is struggling to break free from socio-political oppression

Federalism is the foundation of collective rule. This is the only political system that can ensure participation of all people. It also addresses ethnic, cultural and linguistic diversities prevalent in Nepal.

No other political system but federalism combined with autonomy can address people's aspirations for self-governance. Kathmandu-centric rule can be transformed into participatory rule. We now need to push for inclusive and collective rule in place of conventional Kathmandu-centric rule dominated by one clan over the last two centuries. In this new rule, all resources and means can be distributed in a proportionate way and social justice can prevail.

Federalism is the foundation of collective rule. This is the only political system that can ensure participation of all people. It also addresses ethnic, cultural and linguistic diversities prevalent in Nepal.

Federalism can offer a way out of oppression. In Nepal, a majority of people, barring only those so-called high-caste groups that have held power, have been subjected to social and political oppression for ages. The oppressed people see federalism as a way to rebuild their existence. Federalism enables them to be part of the system and end dominance of the privileged clan.

Indigenous peoples are in favor of federalism because they have faith in this participatory political system.

Indigenous peoples are in favor of federalism because they have faith in this participatory political system. They once had their own states, which were done away with in the process of Nepal's geographical unification. They not only lost their states but also political autonomy and freedom in what the Nepal government has dubbed as making of modern nation. Yet, they preserved their cultural autonomy despite efforts by the dominant caste groups to annihilate their rich culture, language and religion.

The main political aspiration of indigenous peoples is to see their identity recognized by federal republicanism. They believe that addressing their identity is the way of ensuring their participation. Without federalism, issue of inclusion of people deprived of social, political and economic rights cannot be addressed.

People are now interpreting identity in their own ways. Of course, identity could have various forms. But, indigenous peoples want ethnic identity. Aspirations for self-rule, which were previously restricted to certain communities, have now gained national importance. And there is no singular nationality. Tharu nationality, Madhesi nationality, Kirant nationality, Limbu nationality and Newar nationality, among many others, have gained importance. The notion of multi-identity comes from the idea that all people should have their own space. If debate over federalism ignores identity, federating the country geographically will have no significance. It is not acceptable to indigenous peoples.

As told to Indigenous Voice Team

Other articles by Dr. Chaitanya Subba