Why will there be a fresh political movement in Nepal sooner than later ? 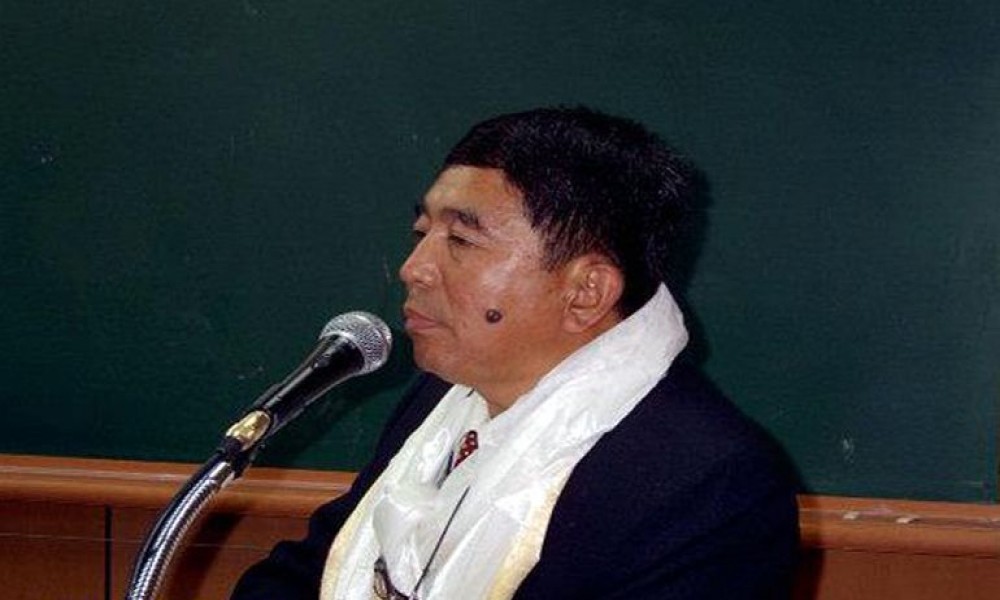 Interview
Why will there be a fresh political movement in Nepal sooner than later ?

What is your take on the draft constitution?

The draft constitution is not only status quoist but also regressive. It violates the Interim Constitution-2007, too. All this problem started when the NC and the UML tabled a joint nine-point proposal on the state restructuring. We had an alliance with the UCPN (Maoist) at that time, and we vociferously protested the NC-UML proposal. But the UCPN (Maoist) betrayed us, joined hands with the NC-UML and went on to sign the 16-point-deal, which is not much different from the NC-UML's state restructuring proposal that we rejected.

The NC and the UML have always been anti-federalism forcers. By putting on hold naming and demarcating federal provinces, they have achieve their ulterior motive. The draft constitution is regressive about Proportional Representation (PR) quota, too. We had 60 per cent seas quotas reserved under the PR in the first and second Constituent Assembly (CA) elections. Now that percentage has been reduced to just 40.

So, you think the draft constitution has not guaranteed rights of Adivasi/Janjati, women, Dalit and other backward communities?

Yes, even what was agreed upon in the past has been reversed. For example, proportional representation one such issue, which we all agreed upon and sent it to the CA's Constitutional, Political, Dialogue and Consensus Committee (CPDCC). But that understanding has been ignored by the draft constitution.

Madhesi, Adivasi/Janjati, Muslims, Dalit and women must understand that they are passive so that the big parties can do anything they want. They must be aware.

What do you exactly want?

We want identity-based federalism. Federal provinces should reflect identity of people living there. Even within federal provinces, special protection zones should be developed for minority groups. The reports prepared by the first CA's State Restructuring Committee can be used as guidelines for this task. I think this could be the best way out. The new constitution will last long only if identity based federal provinces are created.

What do you think of public feedback on the draft constitution?

Despite unification with Upendra Yadav's party, your new party is still weak in the CA. Is it not natural for the big parties to push through their agendas?
Madhesi, Adivasi/Janjati, Muslims, Dalit and women must understand that they are passive so that the big parties can do anything they want. They must be aware. Also, they are suspicious about us because pro-identity and federalism forces are divided. I think these are some reasons why we have not been able to spearhead a strong movement.  The earthquake and monsoon season have also kept common people busy in their personal matters. But there will be a fresh political movement sooner than later.

Adivasi/Janjati's prior rights over natural resources is something that your party has been fighting for. But the draft constitution is silent about it. What do you have to say about it?