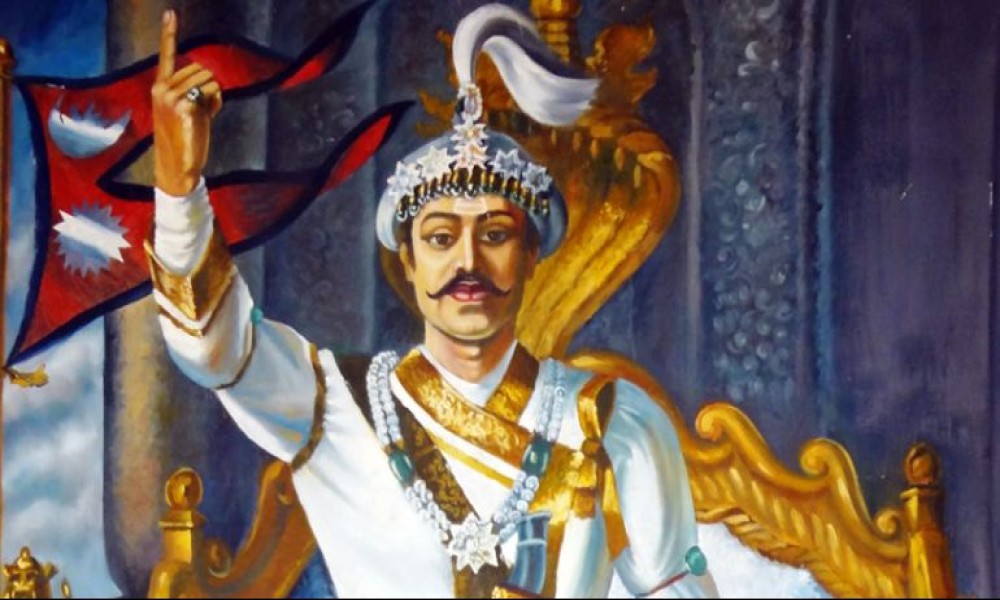 On a scorching summary day in April last year, a sculptor was giving final touches to his creations during a workshop held by Kirtipur Municipality.

He had carved out a stone sculpture of Kirti Laxmi -- the legendary queen of Kirtipur, who is believed to have fought the Gorkhali invaders to her death. People from across Kirtipur had gathered there to see the newly created idol of Kirti Laxmi, and they looked amused.

But when they spotted another sculpture of the Gorkhali soldiers led by Prithvi Narayan Shah, they got angry. They shouted slogans against Shah, and even asked the sculptor to dismantle his newly-carved sculpture.

It was not the first time the Kirtipur natives had expressed their displeasure at Prithvi Narayan Shah, who is revered by many as the father of modern Nepal.

Born as a prince in a little hilly principality of Gorkha west of Kathmandu, Prithvi Narayan Shah spearheaded what is described by Nepal's mainstream historians as a unification campaign.

During that military campaign, Shah's army invaded weaker kingdoms and annexed them into what is now known as Nepal.

Kirtipur was also invaded by Shah's army and was annexed into Nepal. Other indigenous communities also disapprove of Shah, but perhaps not as strongly as in Kirtipur. Over 250 years after Nepal's unification, the Kirtipur natives still despise Prithvi Narayan Shah.

Shri Krishna Maharjan, a Kirtipur native who proactively mobilizes people to spit at the stone, says: "What we are doing is a symbolic protest against what Prithvi Narayan Shah did to our ancestors."

Police did not allow the Kirtipur natives to get near the stone last year. However, they went as near as possible and spitted from afar.

Political analyst Rajendra Maharjan says: "Because of their hatred against Prithvi Narayan Shah and his dynasty, the people of Kirtipur have always participated in every political movement for change."

Prithvi Narayan Shah's Gorkhali force had first attacked Kirtipur in 1757, but they were forced to retreat.

He adds: "The trauma of how their ancestors were attacked and brutalized still lingers on in the psyche of people in Kirtipur. So they have long been disgruntled with the state".

According to historian Baburam Acharya, Prithvi Narayan Shah's Gorkhali force had first attacked Kirtipur in 1757, but they were forced to retreat. Gorkha's legendary commander Kalu Pande was also killed. Two years later, Gorkha imposed an economic blockade against Kirtipur. The blockade continued even after the second battle of Kitipur in 1764, in which Prithvi Narayan Shah's younger brother Sur Pratap Shah was killed.

Gorkha then laid siege to Kirtipur, and the hungry, ill and exhausted people of Kirtipur were finally defeated. In March 1766, Prithvi Narayan Shah finally captured Kirtipur. The Kirtipur natives believe that Shah had punished their defeated ancestors by cutting their noses and ears after the end of war. Baburam Acharya and other historians claim Shah had not committed such atrocities, and it is just a ploy to discredit him.

But the narrative of brutality against their forefathers is permanently etched in the hearts and minds of people in Kirtipur. And they are yet to reconcile with history.

This is an unofficial translation of an article originally published in Nepali in Naya Patrika daily.