What COP27 means for Indigenous Peoples of Nepal 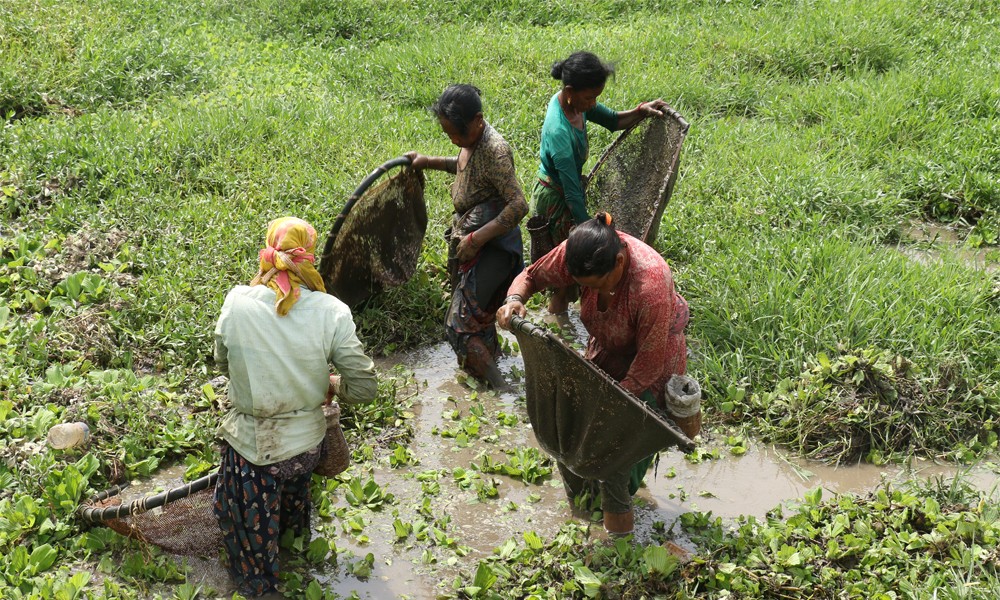 Environment and Development
What COP27 means for indigenous community in Nepal

In Surkhet, a district located about 600 km away from Kathmandu, 38-year-old Dilmaya Tharu’s daily routine begins under the scorching sun by wading through Bulbule lake, fishing, and cultivating ghongi – water snails.

For generations, the Tharu community has been fishing and collecting snails in the lake. It’s their way of life and how they have celebrated their culture for ages. As Dilmaya recalls, the fish and ghongi population has declined over the years, it has made them spend hours collecting a handful in the lake.

I grew up seeing my family living in close proximity with forests, lakes, and water sources but if it happens it is unfortunate that the next generation will barely be able to live with this reality,” says Dilmaya.

However, The Greater Bulbule Area Expansion Project undergoing to develop the lake as a tourism hub has barred people from fishing. “For now, we have restricted community people from conducting any activity in the lake,” says Ward-10 Chairperson Dil Bahadur Rakhal.

“Once the project is completed, we are planning to operate boats and restrict fishing or collecting ghongi as a move to foster tourism.”

For Dilmaya this means a generational loss - of culture and daily consumption. “I grew up seeing my family living in close proximity with forests, lakes, and water sources but if it happens it is unfortunate that the next generation will barely be able to live with this reality,” she said.

Bulbule lake which is set to be expanded to more than double its original size (12,000 meters) is actually a wetland. Ecologists and researchers deem it as an unprogressive move to commercialize resources that are natural and rather meant to foster biodiversity. Wetlands have an intricately in-built ecosystem that is quite diverse and fragile.

“In many expansion projects that we have seen in the past, it is common that the natural resource systems are invaded artificially, and in case of any degradation occurring, the concept of wetland restoration is completely neglected,” says Lila Nath Sharma, Ecologist, and Researcher at Forest Action Nepal. “This practice was evident in HalkhoriaDaha of Bara district and Chimadi lake of Sunsari,”

For generations, the Tharu community has been fishing and collecting snails in the lake. It’s their way of life and how they have celebrated their culture for ages.

In 2021, a similar instance occurred in Ramechhap district. Protesters from Indigenous Majhi (fisherman) community took to the streets for the cancellation of the Sunkoshi 2 Hydropower Project. The project was estimated to submerge the majority of settlements along the banks of Sunkoshi and Tamakoshi rivers and displace around 6000 households.

In all cases, indigenous communities who have traditionally depended on natural sources are highly impacted. A recent study conducted by IWGIA shows indigenous people's roles and how they are the guardians of natural resources contributing to climate action and mitigation. Even though Nepal has ratified ILO Convention 169 on Indigenous and tribal peoples, the UN Declaration on the Rights of Indigenous Peoples (UNDRIP), and the World Conference on Indigenous Peoples (WCIP) Outcome Document, there still remain major gaps in implementing these conventions.

However, as compared to a sense of legal immunity provided by international conventions, Nepal’s legal systems have not even addressed the customary rights to lands and resources aligning with indigenous people’s values, customs, and traditions. Nepal ratifying international laws with regards to indigenous rights is a progressive gesture, however, is only limited in documents says Advocate Shankar Limbu, Secretary at Lawyer’s Association for Human Rights of Nepalese Indigenous Peoples.

“What value does community right hold when the means to exercise them are revolutionary?”

It is when international talks and negotiations help mount pressure on the implementation of legal instruments and amplify the voices of indigenous and climate-vulnerable groups. Last year, the COP26 summit was criticized for having minimal participation of indigenous groups although it was declared to be the most inclusive COP ever.

Last year’s flood in Melamchi and Helambu region of Sindhupalchok district killed 25 people and displaced thousands. A majority of people impacted by the disaster belonged to Indigenous and marginalized communities of the upper region who spent months in makeshift tents without any compensation received from the government.

“In many expansion projects that we have seen in the past, it is common that the natural resource systems are invaded artificially and incase of any degradation occurring, the concept of wetland restoration is completely neglected,”says Lila Nath Sharma, Ecologist and Researcher at Forest Action Nepal.

Aligning with the demands made by developing countries, Nepal has also prioritized finance for climate-induced loss and damage. The government has submitted its second NDC ahead of last year’s summit and pledged to go net zero by 2045. In order to address climate risk and vulnerability in development, planning, and implementation, National Adaptation Plan (NAP 2021-2050) is introduced to set out short-term, medium-term, and long-term priority action plans. Moreover, the Nepal government signed an agreement with the Lowering Emissions by Accelerating Forest Finance (LEAF) Coalition in the last summit under which the country would stand to earn $30 million by 2025 for protecting its forests.

“For the next summit, we are planning to sum up the work updates since last year’s negotiation. Among others, our priority shall remain on proposing finance for Loss and Damage for the climate vulnerable communities,” says, Raju Sapkota, Under Secretary, Climate Change Division at the Ministry of Forests and Environment.

Global Climate talks and negotiation holds much significance to Nepal which is vulnerable to climate crises and hazards. Limbu believes negotiations are necessary to put indigenous peoples and their issues on the pedestal and question the government for the safeguarding of their rights. “Moreover, it is deemed highly important for such communities to come at the forefront, share indigenous knowledge on natural resources and its utilization and seek nature-based solutions to major environmental crises that we are facing globally.” 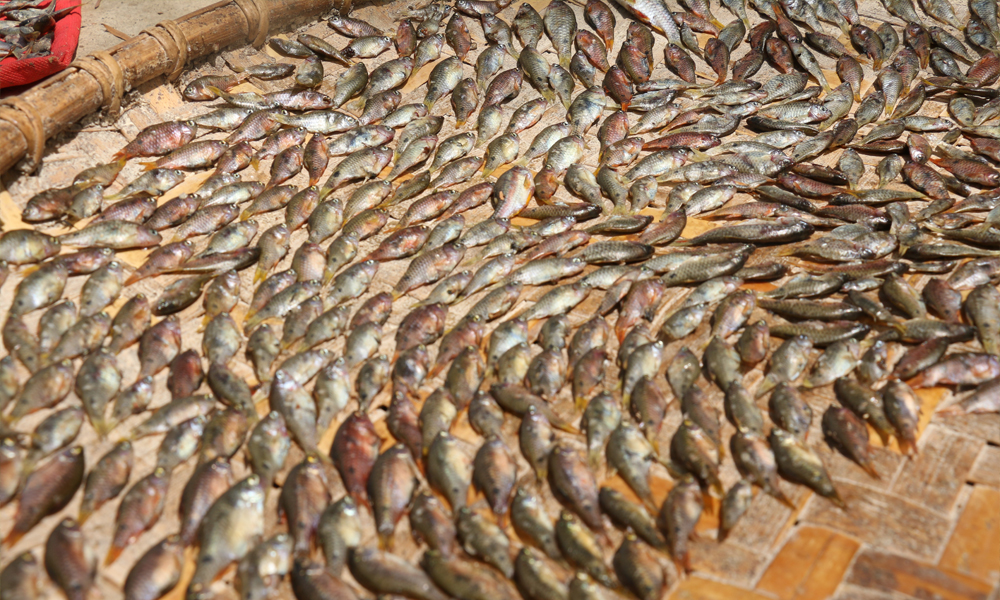 Note: All pictures by Sonam Lama