We dubbed NC and UML anti-Janajati parties, but Maoists are not different 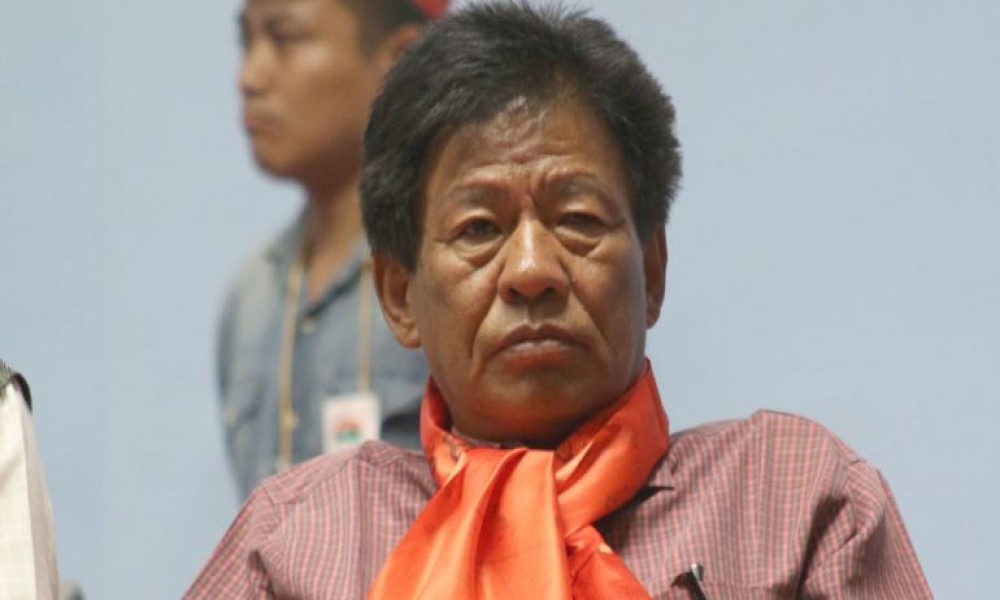 Interview
We dubbed NC and UML anti-Janajati parties, but Maoists are not different

What is your assessment of the ongoing Janajati movement?

The Janajati movement has not been able to reach a new high. It is going on slowly yet steadily, but lacks the vigor to bring the government to its knees. This is because the state has systematically reduced Janajatis to a community that is detached from politics and disenchanted with the system. Most Janajati youth tend to go abroad, earn money and live a happy-go-lucky life, without caring about the root causes of their political, social and cultural marginalisation. They feel disconnected from the state but are oblivious of the ways to reclaim what is inherently theirs.

How do you compare the present of the Janajati movement with its past?

Prior to the restoration of democracy in 1990, we had one common enemy: the feudal Panchayat system protected by the monarchy. In multi-party democracy, we were divided between various political parties. We failed to rise about our party lines and fight for the common cause. We can fight against the state, but not against our own parties. We have surrendered ourselves to our parties. A few Janajati leaders quit their parties to fight for our identity, but most of them returned to the same fold. They cannot speak up against their own parties' anti-Janajati policies and actions.

Is frustration getting the better of Janajati leaders and activists as their long-drawn-out campaign fails to yield results?

Janajatis at the grassroots level are angry at their leaders. They feel betrayed and let down. They feel pain and are ready to go all out for recognition and dignity. And their feelings are absolutely genuine. The Nepal Federation of Indigenous Nationalities (NEFIN) is our umbrella association and was founded to champion our cause. But Janajatis now feel that even the NEFIN has betrayed them.

Janajatis at the grassroots level are angry at their leaders. They feel betrayed and let down.

What is your take on the NEFIN's role now?

When I was General Secretary of the NEFIN, I helped transform it into a political campaign for the right of the Janajati community. Back then, the NEFIN was a powerful voice. But the issues raised by it were hijacked by political parties. It was infiltrated by stooges of various political parties. Particularly after Pasang Sherpa led the NEFIN, it was no longer the same firebrand orgnaisation for Janajati rights. Rajkumar Lekhi ran the NEFIN as a wing of his party. Nagendra Kumal brought the NEFIN to an all-time low. Kumal turned out to a regressive and anti-Janajati leader. The NEFIN is now sized by the NC and the UML, which are essentially anti-janajati parties.

You were involved in initiating and leading a network to spearhead the movement for Adivasi Janajati rights. What was that needed?

We lost faith in the NEFIN. And we founded this network under the leadership of Padma Ratna Tuladhar. It gave a new hope to Janajati activists but the NEFIN conspired to sabotage it. Some Janajati leaders of various parties came down heavily on us, and our movement was diffused. Political parties perfectly played the divide and rule game, and those Janajati leaders who were mobilised by their parties did not understand it.

The NEFIN has found a new leadership. Are you hopeful?

We lost faith in the NEFIN. And we founded this network under the leadership of Padma Ratna Tuladhar. It gave a new hope to Janajati activists.

Not really. The new NEFIN leadership is apparently committed to fighting for our rights. But he is not free from his party. If he cannot quit his party and independently lead the NEFIN, he will not make a difference.

It will not. It is just another deception. We always blamed the NC and the UML for being anti-Janajati. But we have now realised that the Maoists are not different from them. Every time when we meet Prime Minister Pushpa Kamal Dahal, he says he is with us, and agrees to address our demands. But when he needs to sign a deal, he always backtracks and tries to convince us that he could not do it because of the NC and the UML. He never says never but does not do it ever.

So what is the road ahead?

We need another people's movement to scrap the Constitution and write a new one. We need to organise people and teach them why the Constitution is regressive, and needs to be redrafted. And on top of everything, we need to be regrouped. There is no other way round.

(These are the excerpts of an unofficial translation of Om Gurung's interview originally published by www.esamata.com)