The Sugauli treaty is still honored, why can not we honor the Limbuwan treaty, too? 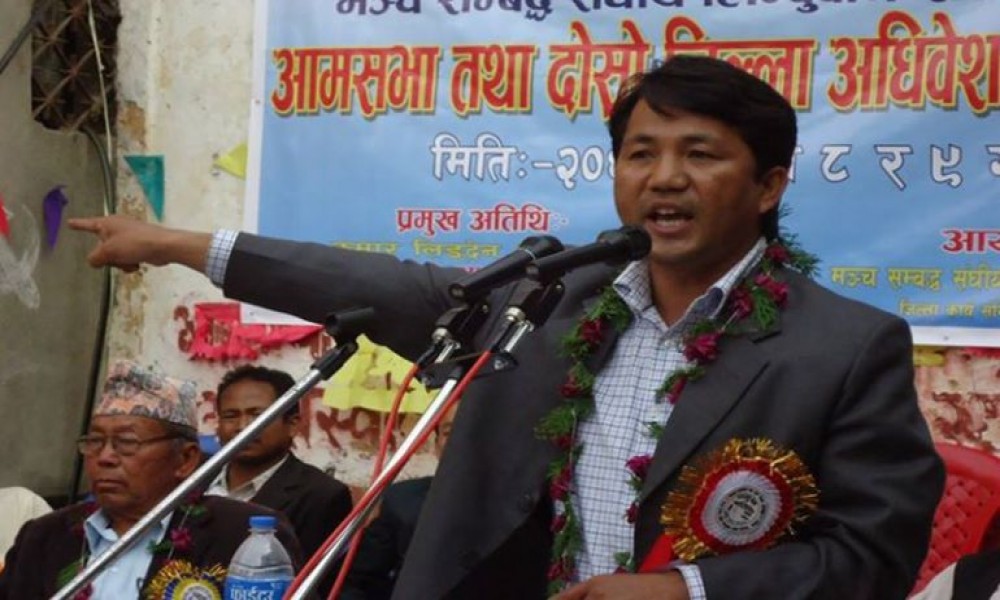 Political affairs
The Sugauli treaty is still honored, why can not we honor the Limbuwan treaty, too?

Nepal was never unified but centralized. The late Prithvi Narayan Shah created a unitary state in the name of unification of modern Nepal by annexing other sovereign territories with his Gorkha kingdom.

When soldiers of the Gorkha Empire reached Limbuwan after conquering Tamsaling and Khambuwan, they faced a stiff resistance from the Limbus. The Limbuwan army led by the legendary Kangsore put up a brave battle against the Gorkha soldiers. As the Gorkha army failed to defeat the Limbuwan army, they agreed to end the battle by signing a treaty allowing the Limbus to enjoy political, economic and administrative autonomy in their Limbuwan kingdom.   The treaty was signed and ratified by the Gorkha king in 1831 B.S.

The Limbus agreed to be part of modern Nepal not because they were defeated by the Gorkha kingdom but because they were promised autonomy where they had been living for ages. But did the Nepali state honor the 1831 B.S. treaty? Rulers of the Nepal state should ask themselves.

There is another historical fact that proves the existence of a sovereign Limbuwan state during the reign of Prithvi Narayan Shah. In 1814 B.S., Shah had signed a friendship treaty with the Limbu king when they met in Makwanpur.

Right from the time when the 1831 B.S. treaty was signed, the rulers of the Nepali state had been conspiring against Limbuwan. They wanted to scrap this treaty and eliminate autonomy enjoyed by the Limbus.

Right from the time when the 1831 B.S. treaty was signed, the rulers of the Nepali state had been conspiring against Limbuwan. They wanted to scrap this treaty and eliminate autonomy enjoyed by the Limbus. But that was not easy, and they did not dare.

Even when the Rana oligarchs ruled Nepal for 104 years, they did not try to scrap the treaty. After the 1950 revolution that ended the authoritarian rule by the Rana oligarchs, the king Tribhuvan renewed the treaty and promised to abide by it.  Even when the king Mahendra dismissed the government of the first elected Prime Minister BP Koirala by staging a coup, he agreed to renew the treaty. But Mahendra broke his promise and nullified the treaty in 2021 B.S.

Between two Jan Andolans of 1990 and 2006, no ‘democratic’ government addressed grievances of the Limbus by reviving the 1831 B.S. treaty. When Nepal was declared a republic with abolition of the Shah monarchy, the new republican government was expected to right the wrong. But the republican government turned out to be more repressive. It has deployed police and army to oppress the Limbuwan movement.

The Limbus are angry over dismissal of the 1831 treaty but still want to reclaim it through peaceful protests. It is because they respect the Nepali state. They do not consider themselves separate from the state. They just want their autonomy. But instead of respecting their faith in the state, the government has been punishing them by using brutal force.

If the Sugauli treaty is no longer alive but is respected even now, why do we not honor the Limbuwan treaty?

Some analysts say those who signed the 1831 B.S. treaty are now dead and it is no longer relevant. But we strong condemn their views. If they want Limbuwan to be part of Nepal, they should honor this treaty. The treaty was not signed by two individuals but by two states. So, whether those who signed the treaty are alive or not, it should be respected.

Even those who signed the tripartite friendship treaty between Nepal, India and the British, known as Sugauli treaty, are no longer alive. But we are still compelled to follow that treaty because that was signed by three states, not individuals. If the Sugauli treaty is respected even now, why do we not honor the Limbuwan treaty?