The politics of cow in a secular republic Nepal 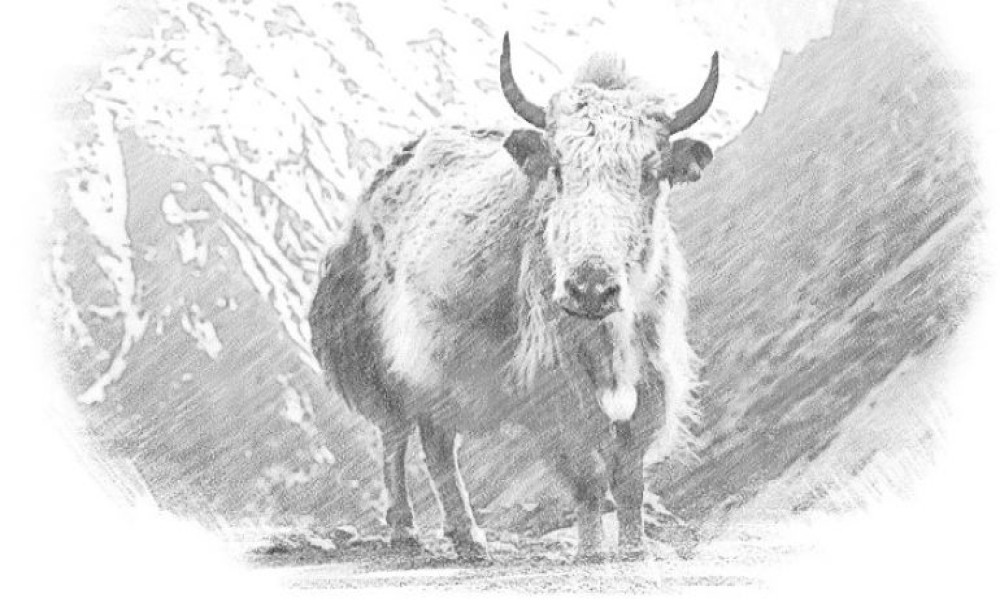 Political affairs
The politics of cow in a secular republic Nepal

In his 2001 book 'the myth of the holy cow', Dwijendra Narayan Jha, a history professor at Delhi University, has shown a contrast between the history and the reality of what is revered by the Hindus as a sacred animal.

Jha has argued that the Hindus began worshipping the cow as a maternal figure only in Kaliyuga, and that the cow used to be slaughtered for meat in the Vedic age. Using Rigveda, a Hindu religious scripture, as a reference, Jha has claimed that ancient Aryan societies of  Gavisti, Gavyu and Gavisana often battled against one another for cow meat.

Citing Rigveda, Jha has also claimed that the Hindus used to offer beef to their deity Indra in the ancient age. He also argues that beef has not been excluded from the list of edible items even in Manu Samhita, an ancient code that still governs Hindu mores and values. He says that only in recent ages Hindu kings began to worship the cow as a maternal figure in what was a carefully planned attempt to consolidate their power based on religion. The worshipping of the cow as a sacred animal was part of the Hindu ruling clan's act of treating the others as 'impure beings', Jha adds.

The worshipping of the cow as a sacred animal was part of the Hindu ruling clan's act of treating the others as 'impure beings'.

After his book was published, Jha came under attack from Hindu nationalists, who said their sentiment was hurt. They accused Jha of being a communist. For them, the book was an act of blasphemy. But critics are unable to dismiss the arguments made by Jha in his book, which is equally relevant for the Nepali society.

The politics of cow is not new to Nepal, where the ruling class has used this divisive animal to legitimize their control over the state.

Prof Axel Michaels of Heidelberg University has analyzed historical relations between the cow and the kings in Nepal. According to him, Nepal's kings were Chhetri, but nonviolence was never part of their philosophy. But they still used the cow as a symbol of their religious purity.

When Ran Bahadur Shah returned from Benaras, he issued a diktat against the slaughter of cow within Nepal's territory that had stretched from Kankai river in the east to Gadhwal in the west. Prof Michaels believes that Shah, despite being a descendant of the warrior Chhetri clan, had issued that diktat to protect the cow because of his anti-British sentiment, and because he wanted to send across a message that he is a member of 'pure Hindu society'. He further argues that the Shah rulers legitimized their control over the State based on the make-believe perception that they are 'pure' and others are 'impure'.

Indigenous Magar people in various parts of Nepal's hills had slaughtered cow in protest of the State's discriminatory policy. But the State has always ruthlessly punished those who have eaten cow.

Prof Michaels has also written about how the Nepali State's cow policy was discriminatory against Indigenous Peoples. According to him, Indigenous Magar people in various parts of Nepal's hills had slaughtered cow in protest of the State's discriminatory policy. But the State has always ruthlessly punished those who have eaten cow. According to Prof Michaels, some people from Humla were sent into an exile for eating beef during the reign of Junga Bahadur Rana. There are many other examples of historical injustice created by the legal protection provided to the cow.

I belong to a small indigenous community of Dolpo, where eating beef has always been a part of culture. Beef consumption is linked to local lifestyle, culture and geography. In our native area, growing green vegetables and fruits is difficult because of scarcity of rains. Therefore, people in our community have been traditionally consuming beef for survival. But the local administration has often punished Dolpo people for eating beef. Many have been jailed.

Dolpo is not the only indigenous community where beef consumption is culturally allowed. People belonging to Kirant, Limbu and Tamang have always been consuming beef. But the State and its cow protection laws do not recognize beef consumption as some indigenous communities' cultural rights, and they have often faced punishments. People in Kathmandu may not know many indigenous people are still languishing in jail for eating beef even after Nepal was declared a secular republic.

After declaring Nepal a republic, would it be appropriate to declare the cow as the national animal? Is it not against the spirit of the constitution that has institutionalized Nepal as a republic? Is it ok to disregard the culture and tradition of indigenous communities in the name of safeguarding the Hindu values? Should all religions and cultures not be treated as equal?

To ask these questions with the State, a delegation of Nepal Tamang Ghedung, which is an association of indigenous Tamang people, recently met Home Minister Ram Bahadur Thapa. The delegation comprised of Ghedung's Vice Chair Kumar Ghising, General Secretary Babu Ghising, Chief Advisor Kumar Yonjan, Deputy Speaker of the State Assembly of Bagmati Radhika Tamang, Member of State Assembly Hit Bahadur Tamang, former State Minister Suryaman Dong, and State Assembly Member Om Glan. They argued that indigenous people should not be jailed for eating beef because it is their culture. They have urged the government to revise existing laws that criminalize beef consumption.

This is not the first time indigenous people have raised their voices against the State's crack-down on those who eat beef. Five years ago, Lhakpa Tamang of Gorkha was gunned down by police because he ate beef. Back then, Nepal Federation of Indigenous Nationalities had launched an agitation demanding legal protection for people whose culture allows them to eat beef. But the State's discrimination laws and practices continue even today.

This is the summarized versione of an unauthorized translation of Tashi Tewa Dolpo's article, which was originally published in www.ratopati.com