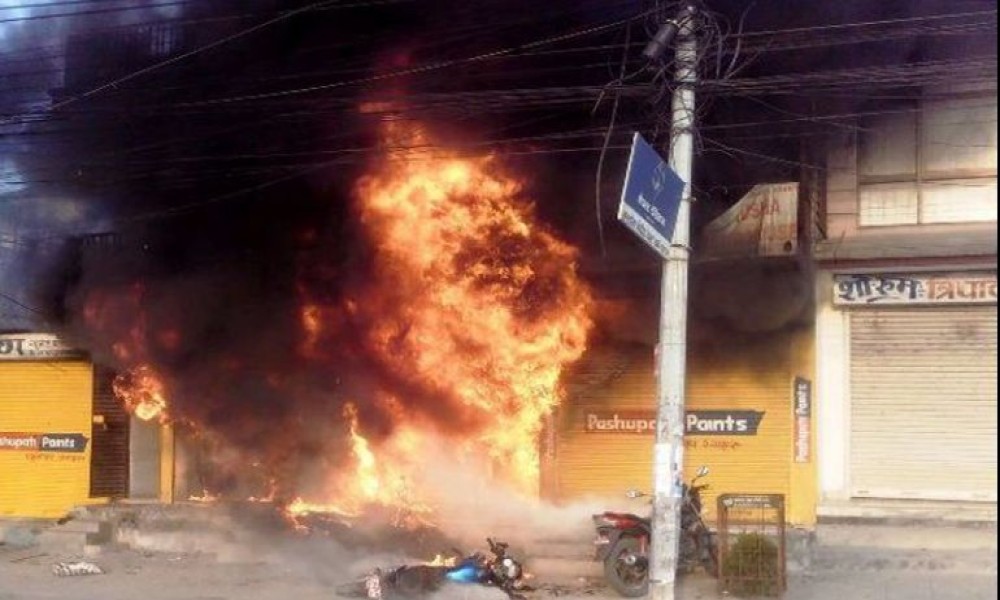 Following the Monday's carnage in Tikapur, the situation has turned to be more violent on Tuesday.

The protestors from pro-undivided-Far-western defied the curfew and vandalized properties targeting those belonging to different Tharu indigenous leaders, journalists and businessmen on Tuesday morning.

A group of protestors vandalized and set on fire house of lawmaker, Janak Chaudhary, Pradip Chaudhary, the leader of District leaders from Forum Loktantri and a restaurant and FM radio station belonging to Resham Chaudhary. Similarly, a dozen of shop, owned by Tharu businessmen had been set a fire.

The media reports say that police had fired rounds of tear gas including open fire in the air to disperse the vandals.

According to the official record, the violent clash of Monday which claimed 8-lives including a Senior Superintendent of Police, two Inspectors and a head constable, a constable and a two-year-old child in Tikapur Kailali.

Tharu indigenous peoples have been demanding to include Kailali and Kanchanpur districts in the proposed province-5, from province-7 and ensure Autonomous Taruhat Province.

A district security committee meeting on Tuesday morning decided to mobilize Nepal Army in 10-VDCs of the districts in Kailali. The meeting also declared Manowa, Joshipur, Durgauli, Dhansingpur, Narayanpur, Tathariya, Khailad, Bhajanu and Bahaniya VDCs as riot affected areas, where Nepal Army are to be mobilized.