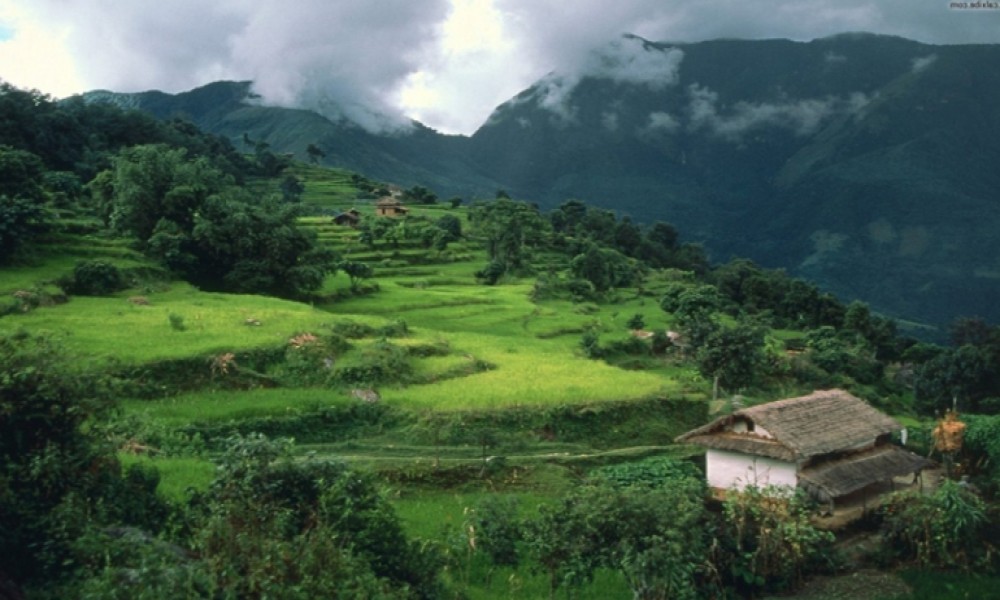 A legal battle for cultural equality in a secular country Nepal

In an urgent communication to UN Human Rights experts, they have said that the law that prohibits cow-slaughter infringes indigenous peoples' right to freedom of religion and cultural rights, right to practice of their spiritual and cultural ceremonies and threatens the secular nature of the state itself.

Alleging of eating a beef, Ilam District Police Office arrested Tara Bahadur Rai aka Sujan on May 17, 2014, and sentenced him into jail.
A year ago, June 10, 2013, Pachthar District Police had arrested as many as 4-peoples--Gajur Singh Tumbampo, 36, Jib Narayan Shrestha, 53, RajKumar Nembang, 52 and Santosh Iwa 20-- from Phidim VDC-6 and filed lawsuit against them.

As many as eight such cases are documented by Lawyers' Association for Human Rights of Nepalese Indigenous Peoples (LAHURNIP) in its recent publication entitled 'the glimpse of Indigenous Peoples' Human Rights Violations in Nepal". This is the compilation of nearly 40-cases which state authorities violated the rights of indigenous peoples in Nepal.

The cases were gathered from as many as 30-different districts, after the Nepal has been declared a federal democratic country. This piece of publication presents that there is continuation of oppression on indigenous peoples in Nepal.

Ever since Nepal was declared a secular state on May 18, 2008, many people from Tamang, Rai, Limbu, Magar, Bhotia and other members from indigenous communities including muslims and Christians have been arrested  for alleged cow slaughter in many districts across Nepal.

Nepal was declared a secular state on May 18, 2008 ending over 250-century long cherished identity of world's only 'Hindu Kingdom', ever since, many people from Tamang, Rai, Limbu, Magar, Bhotia and other members from indigenous communities including muslims and Christians have been arrested  for alleged cow slaughter in many districts across Nepal.

The cases reported particularly reported from Panchathar, Ilam, Jhapa, Sindhupalchowk including in Kathmandu are mostly accused of killing a cow, but in fact they had consumed the meet of a cow that had died falling from a cliff. The police officers, including lawyers from high caste Bahun and Chhetri have filed lawsuit demanding action against them.

In many of the cases, the court sentenced from six to twelve years in prison. Often, the arrests were reportedly made based on complaints from local Hindu fundamentalists groups and accompanied by abuse and torture. In many occasion, the arrests is accompanied by physical and verbal abuse, as well as following the legal consequences suffered by indigenous persons have instilled fear among broader indigenous communities to freely practice their religious and cultural customs and traditions.

Though Nepal was never colonized by an external power, Indigenous peoples and other caste ethnic groups in the country were consistently subjected to forced cultural assimilation at the behest of the Hindu political and economic elite within the country.

Though Nepal was never colonized by an external power, Indigenous peoples and other caste ethnic groups in the country were consistently subjected to forced cultural assimilation at the behest of the Hindu political and economic elite within the country.

Beginning with the unification of country, (250 years ago) the Gorkha royalty had a strict agenda to create Nepal a homogenous Hindu Kingdom to consolidate their rule over the populations of remote areas of Nepal—areas which bordered on neighboring political and geographical superpowers, India and China.

Nepal then long prided itself on its reputation as the “true” Hindustan. This reputation depended on an image of Nepal as a homogenous Hindu state. Indeed, Nepal was considered to be more true a Hindustan than India precisely because it was not populated with Muslims and other “non-believers.”
The maintenance of purity of Hindu Kingdom was important for the leaders who could not “tolerate the customary law of a country that defiled the realm over which they ruled.

Therefore, from the beginning, maintaining of such purity was, deeply tied to protecting cows throughout Nepal and preventing cow slaughter and beef-eating (common practices amongst many communities especially those in the Eastern Himalayas) which were seen to be practices which defiled the Kingdom.

According to Hindu mythology, there is a belief that the goddess Laxmi resides in every cow and that so long as Nepalese rulers were “cow protectors” no one, including the British, would be able to hurt the nation.

The protection of cow was started with the beginning of first Shah King, King of Gorkha, Dravya Shah, who was able to take power in 1559.
Cow-protection was also important symbol for Rana rulers who sought to legitimatize themselves before Brahmans. As such from the earliest history of the country, the ideology of the “State” of Nepal has been practically identified with a ban on cow-slaughter.

Legal voyage for Hinduization of Nepal

The history puts that the first Country Code of Nepal named Muluki Ain of 1854 which trumpeted Nepal as the purest Hindu Kingdom.
The provision of the Codes read, "this kingdom is the only kingdom in the world where cows, women, and Brahmans may not be killed”'

This very Code established Hindu religious creeds as the law of land. The very purpose of Muluki Ain was to “establish a common caste hierarchy and a homogenous legislation.

Mastermind the then Rana Prime Minister, Jang Bhadur Rana most certainly wanted by this first national law to control remote areas and ethnic groups. In order to eradicate perceived “impurities” of cultural practices around the nation and to maintain the reputation of Nepal as the true Hindustan, classical dharma ideals were codified into law and then used to erode and destroy local customs.

Nepal’s national language (Khas Nepali, descendant from Sanskrit), dress and, significantly, animal—the Cow—all adhere to the image of the pure Hindu Kingdom that the Nepali elite exported and profited from.

Muluki Ain 1854 read, "this kingdom is the only kingdom in the world where cows, women, and Brahmans may not be killed”'

Indeed, the legal Hinduization of Nepal gave its leaders a certain religious prestige and also served tool in consolidating the nation. For example, in the 1870s, the slaughter of Yaks was also prohibited by law—from all accounts, the reason for this ban has been discerned as being that “the Bhotiya people of the border areas needed to be brought within the moral kingdom of Nepal, at least symbolically, and thereby marked as subjects of Gorkha, not of Tibet".

Additionally, there are Shah royal orders dated from the 1600s which called for the coercive confiscation of land and territories for the creation of cow pastures as it was “the King’s duty to protect the cow, otherwise he would incur guilt.

The first Royal Order officially prohibiting cow-slaughter was issued by Rana Bhadur Shah in  1805, which stated that the punishments for the crime were death and the confiscation of all of the offender’s property.

The codification of Hindu ideals, and most especially the ban on cow slaughter, was therefore “used as a means of promoting national integration and sovereignty over various ethnic groups and remote areas.”

Importantly, the prohibition on cow-slaughter was always monitored from the center in Nepal and was therefore often used as a tool for showing the strength of centralization in the nation.

When local administration failed to punish people for cow-slaughter the King would issue a Royal Order demanding severe punishments of the individual offenders—in this way the royal power at the center was able to show that they could exercise their strength in all corners of Nepal.

Such orders often violated the fundamental rights of offenders—for example, a Royal Order from 1810 stated, “Persons who commit the heinous crime of slaughtering oxen in Hindu land shall be flayed alive, impaled or hanged upside down until they are dead. Their property shall be confiscated and members of their family enslaved.”

In this way, cow-slaughter cases perpetuated bonded labor, slavery and subordination in Nepal and also provided the means for the Hindu elite to consolidate property and territories.

This is the first, in a three-part series on the oppression facing by Nepal's Indigenous Peoples. This article was produced based on the urgent communication submitted by LAHURNIP and NCARD to UN Special rapporteur. The remaining parts will be published next day.