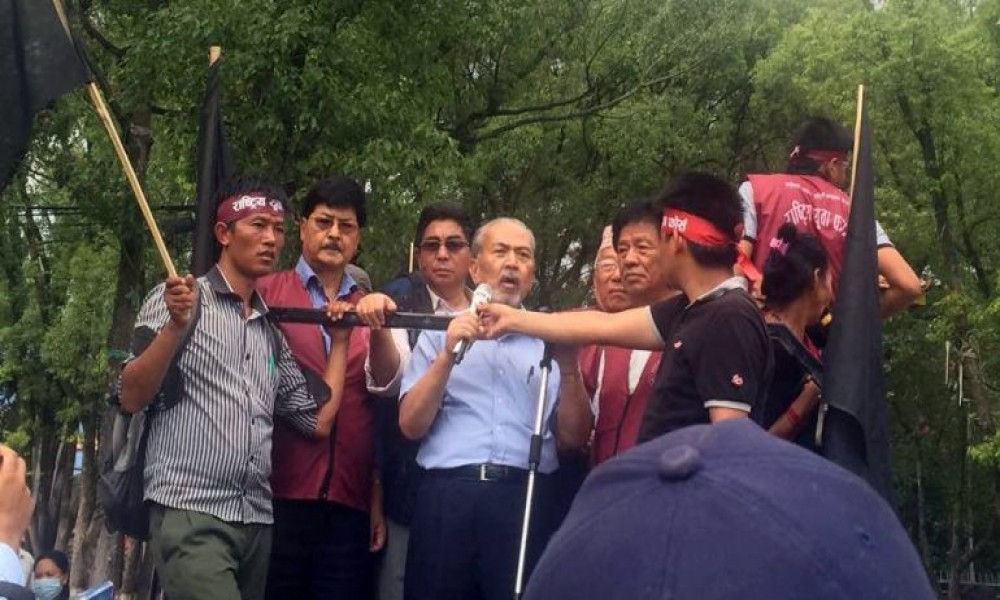 The rally that began at Exhibition Road took a round trip trough Tinkune, Jawalakhel, Gaushala and ended at Exhibition road with corner meet.

Addressing the corner meet, Activist, Tuladhar said that draft constitution came disregarding past agreement made between the indigenous peoples and the government at different date and indigenous peoples rights are likely to miss out at the final Constitution. It is thus, they were compelled to organize a movement.

He further said the rally was organized to warn official that Indigenous Peoples will not own a Constitution that does not guarantee identity-based federalism as well as rights of indigenous peoples as per the international legal instruments that Nepal has so far been party to.

According to Tuladhar, Indigenous Peoples, Madhesis, Dalits and other minority groups will unveil their own constitution, if this existing Constituent Assembly (CA) fails to address their rights in the new Constitution.