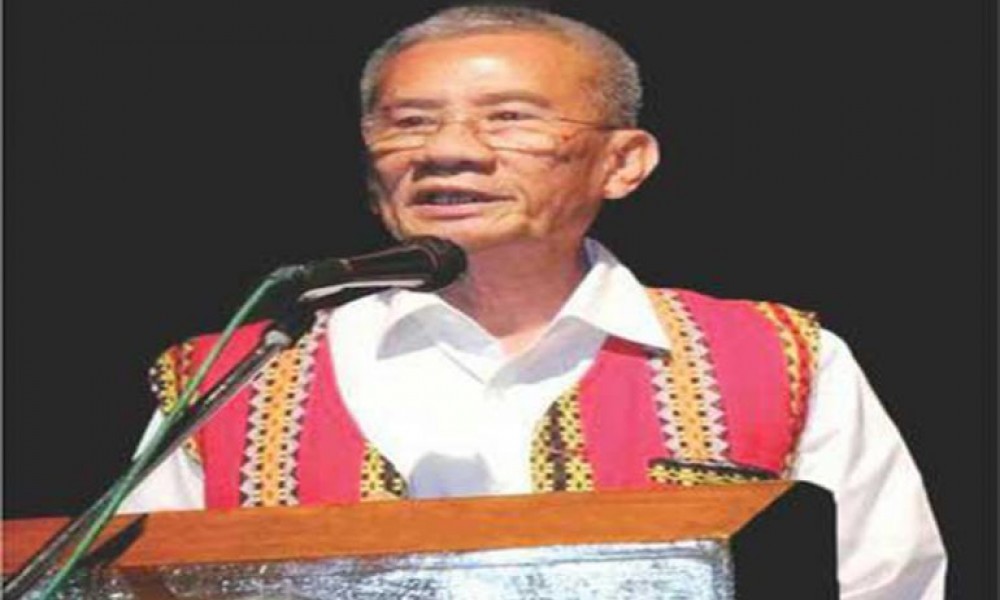 Jyotirindra Bodhipriya (Santu) Larma, President of Bangladesh Adivasi Forum, and the Parbatya Chattagram Jana Sanghati Samity (PCJSS), speaks to Sushmita S Preetha of The Daily Star about the dire state of the adivasis in the country and challenges of the adivasi movement at large.

government's insistence that there are no adivasis in Bangladesh has given rise to a lot of outrage amongst adivasis and their allies. How important is constitutional recognition in the greater struggle for establishing adivasi rights?

It is very unfortunate that in the 5th amendment to the Constitution of Bangladesh, the adivasis have not been recognised but rather been incorporated as “tribes, minor races, ethnic sects and communities” in Section 23 (A). Meanwhile, Section 6(2) states that “the citizens of Bangladesh will be called Bengalis”. This all but erases us. Every year, we see debates regarding the adivasi identity, and the idea that there is no adivasi in Bangladesh has been disseminated among administrative and government levels. There have been attempts to spread this through the media as well, but we have been happy to see that most media continues to recognise us as adivasis. Time and again, we have said that the adivasi population has the right to self-identify. It is a human right. No one can change, dictate or impose an identity on members of an ethnic or national group. This is not just a theoretical debate – there are repercussions on the ground as well. Land grabbing and land disputes are taking place at an unprecedented rate. On the other hand, because of this confusion at the national level, a negative message has spread to the district levels, as a result of which human rights violations against adivasis are increasing at an alarming rate. NGOs are facing difficulties in working for adivasi rights.

Land grabbing has remained a bleak reality in the lives of adivasis, whether on the hill tracts or in the plain lands. In many cases, the government itself has initiated the process of land acquisition in the name of development. What is your assessment of the situation?

There seems to be a carnival of land grabbing in the country. Land is the main source of livelihood for the indigenous communities, but influential Bangalis are taking over their land from them forcefully on a continuous basis. And the government, who is supposed to protect adivasi rights, is turning a blind eye towards these, or worse still, in many cases, actually assisting the land grabbers either directly or indirectly. Adivasis are losing land not just to the land grabbers, but as a result of many development projects, including national park, eco-park, dams, medical college and so on. The situation is also grave in the plain lands, e.g. in Srimangal's Nahar Panji, which has been home to the Khashiyas for generations and generations, land has been leased out in the name of a tea garden, and when they protested, they were attacked by goons and harassed in different ways.

The government has totally ignored the right of adivasis to their ancestral land as recognised by international laws.

The government has totally ignored the right of adivasis to their ancestral land as recognised by international laws. In 2014, 3,911 acres of land have been acquired by governmental and non-governmental institutions and individuals, and an additional 84,647 acres are in the process of being acquired. The Forest Department is in the process of acquiring 218,000 acres of adivasi jum and mouza lands having declared them as “reserved forests”. BGB, too, is acquiring land in violation of the Chittagong Hill Tracts Regional Council Act, 1998. In the plain lands, 102 adivasi families have been evicted, and another 886 families are under threat; 89 families were attacked by land grabbers. False cases were filed against 150 adivasis who protested the land grabbing. Violence against women and human rights violations in all forms as a result of land-related disputes are also increasing.

18 years on, the pledges made in the Peace Accord are yet to be fulfilled. You've begun your non-cooperation movement as a protest against the government's refusal to make a roadmap. What is the next step of the movement?

Although 18 years have passed, the central pledges of the Accord are nowhere near implemented, primarily: retaining the special characteristics of the Jumma areas; making the regional council and three hill district councils functional; resolving land-related disputes; rehabilitation of internally displaced people and refugees; withdraw 'Operation Uttaran' and all temporary camps from the CHT; rehabilitating the Bangali settlers outside of the CHT; amending existing laws to reflect the provisions in the Peace Accord, and so on.
Last November, we had given an ultimatum to the government to give a road map for effective implementation of the Accord, but we did not receive any positive response. Our movement is underway; but that is not to say that we are not in conversation with the government. The reality always dictates what form the movement takes.

I do not agree that there is a lack of unity amongst the adivasis. There will always be divisions among people, whether that be on the basis of class, ethnicity, gender, nationality, etc. But as far as the question of unity or solidarity is concerned, you cannot always reach a 100 percent consensus.

Would you say that the lack of unity amongst the adivasis has weakened the adivasi cause?

I do not agree that there is a lack of unity amongst the adivasis. There will always be divisions among people, whether that be on the basis of class, ethnicity, gender, nationality, etc. But as far as the question of unity or solidarity is concerned, you cannot always reach a 100 percent consensus. Is there 100 percent agreement among the Bangladeshis on any issue? Different parties have their own ideologies, that are only to be expected. Why would the adivasis be any different? But I would argue that more or less we have been united; otherwise how have we waged a movement for so long?

What part, if any, can the mainstream human rights organisations or civil society play in assisting the adivasi movement?

They can do a lot, but what we have observed is that the number of people who are willing to risk everything for the adivasi cause is very limited. Sure, there are those who are involved, who give lectures in seminars, raising awareness on the issue, or who go stand besides the adivasi victims in case of human rights violations and exert pressure on the administration. But it's not enough, in the grand scheme of things. So far, we have not seen any effective long-term plan on any party to wage a movement for adivasi rights, not from BNP or AL, for sure, but also not from any of the leftist or anti-imperialist parties.