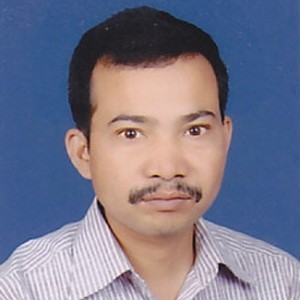 The draft constitution has prompted almost all identity groups to descend on the streets. They are up in arms against several provisions of the draft, which they say are more regressive than the Interim Constitution. They have vowed to burn the new constitution the day it is promulgated if their concerns are not addressed.

The provision about language is one of the contentious points of the draft. Rights activists, linguists and stakeholders argue that the draft has regressive provisions about language than the Interim Constitution. They demand amendment of several provisions that restrict development of languages other than Nepali/Khas.

"Of course, the draft constitution guarantees rights to use, preserve and promote mother tongues but without resources of the state. How can mother tongues flourish if the state does not support?

Yonjan asks: "A whopping 17 per cent of the budget is allotted for education, but how much for education in mother tongues? Almost zero. This is discriminatory."

Dujang Sherpa, President of Nepal Indigenous Students Federation, says the new constitution has been drafted so cleverly that it looks like that there are ample provisions for preservation of mother tongues. "But in reality, it actually hinders growth of mother tongues," he says.

Sherpa adds: "Of course, the draft constitution guarantees rights to use, preserve and promote mother tongues but without resources of the state. How can mother tongues flourish if the state does not support? The state has been allotting resources for promotion of Sanskrit language by supporting Sanskrit colleges and schools, but where is the state's support for a myriad of other mother tongues?"

The state's negligence to non-Nepali languages has hindered academic growth of users of mother tongues.

Balkrishna Mabuhang, a professor of population studies at the Tribhuvan University, says the ground on which Nepal has been used as the official language is shaky. He argues: "Nepali is the first language of less than 50 per cent of Nepalis, the rest of the population speaks various languages. So who can the state provide all resources for Nepali language and nothing for mother tongues?"

Linguist Yonjan criticizes the draft constitution also because it does not guarantee rights of users of non-Nepali languages to get public information in their own mother tongues. "What if information about Tso Rolpa  glacial lake outburst is disseminated only in Nepali language, the locals living in Langtang valley who speak and understand only Tamang language will not be alerted, and they will have to lose their rights," he says. "Similarly, they will face troubles during legal trials. So right to get public information in all languages should be guaranteed by the constitution."

(With the help of Jagat Dong)