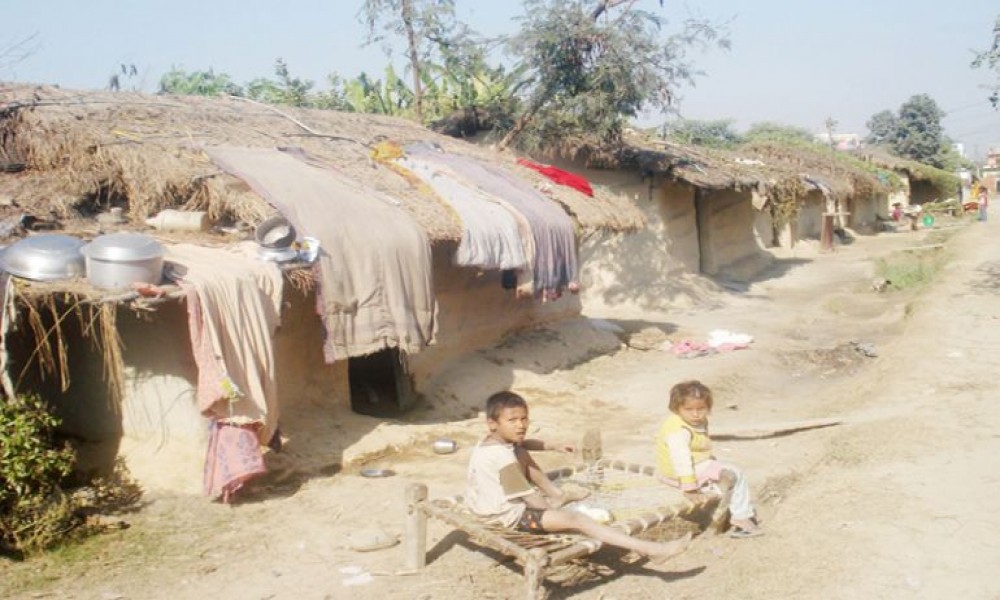 All that the state needs to complete the Kamaiya rehabilitation program is a little willpower.

Exactly 15 years ago today, Kamaiyas were freed from slavery which they had been subjected to for decades. On 17 July 2000, the government abolished Kamaiya tradition and declared that those who would be found keeping Kamaiyas will face the music.

That day the freed Kamaiyas celebrated their emancipation by taking out rallies in Kathmandu and some towns in the Midwest. They sang and danced with the hope for a better life ahead.

One and a half decade on, emancipation has meant nothing but just a hollow word for Kamaiyas. The government freed them but did not provide them with lands and means of livelihood, leading them to live more miserable lives than before. After years of struggle by the freed Kamaiyas, the government unveiled a program for their rehabilitation. But rehabilitation turned out to be a more lengthy process than previously thought. Even today, hundreds of Kamiya families are landless and living miserable lives.

Some say the government emancipated Kamaiyas in a hurry without any preparations. Their argument is true. But they have to understand emancipating Kamaiyas could have turned out to be a more thorny issue if the government had dilly-dallied. In 2000, national and international Non-Governmental Organizations and human rights group had put so much pressure that the government was forced to emancipate Kamaiyas. The situation could not have been as favorable for Kamaiyas as in 2000 had the government put the issue on hold. But the government should have come up with effective Kamaiya rehabilitation packages soon after Kamaiya's emancipation – not necessarily before they were emancipated.

In 2006, the government decided to give land to freed Kamaiya wherever they had been living after their emancipation. It was a well-come decision. But most of freed Kamaiyas live in jungle area and the Forest Minister is against the idea of transferring ownership of forest land to them. As a result, complete rehabilitation of freed Kamaiya is still far from over.