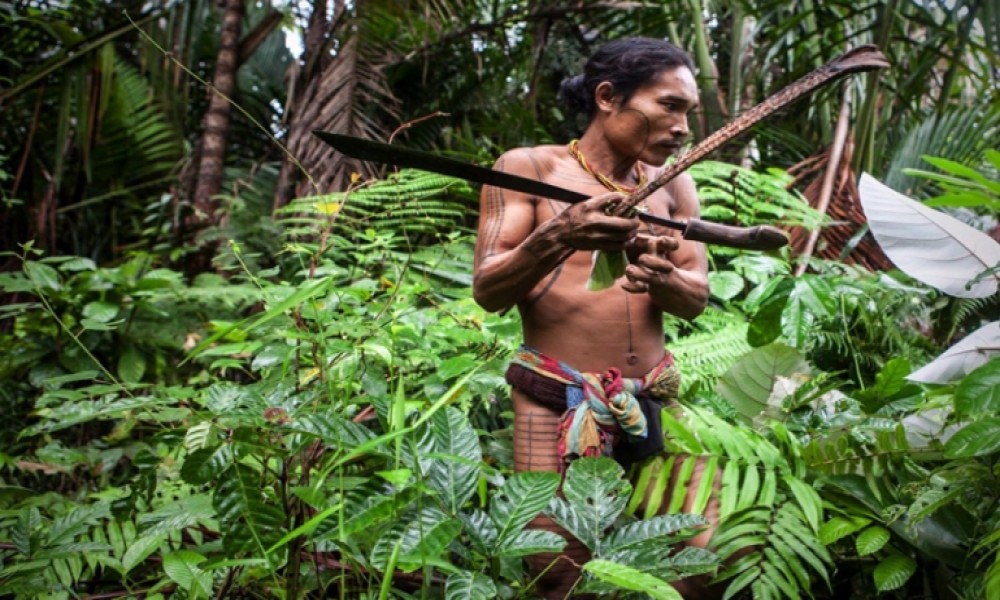 The government is set to establish a task force aimed at protecting the rights of indigenous peoples and preserving their customary lands.

The Alliance of Indigenous People’s (AMAN), a network of 2,253 indigenous groups across Indonesia, said on Monday that the state palace had discussed the matter with the alliance.

“These last few months, we have been working with Cabinet Secretary Andi Widjajanto to prepare for a presidential unit that will manage indigenous peoples,” AMAN secretary-general Abdon Nababan said.

He said that the alliance had prepared a draft for the task force.

AMAN was tasked by Andi with preparing the draft after comparing its draft with those from other government agencies, including the now-defunct National Reducing Emissions from Deforestation and Forest Degradation Agency (BP REDD+) and the Environment and Forestry Ministry.

The task force will fill the void while the government is preparing for the establishment of a more permanent government body, according to him.

During his campaign, President Joko “Jokowi” Widodo pledged that he would establish an independent commission that would report directly to the President. The commission would be tasked with preparing regulations and policies related to indigenous peoples’ issues.

The planned task force would have a similar function to the commission, with extra tasks.

“The task force will prepare for a more permanent institution [the commission],” said Abdon.

In order to do that, the task force could also push for ratification of the Indigenous People’s Rights Acknowledgment and Protection Bill that is currently stalled in the House of Representatives, he added.

Jokowi also pledged during his presidential campaign to push for the ratification, a promise that he did not keep as the government did not include the bill on its priority deliberation list at the House for this year.

“Indigenous people are thinking how could Jokowi not order his Cabinet to include the agenda item this year,” Abdon said.

While the Constitutional Court delivered a verdict in 2013 declaring that customary forests no longer belonged to the state, which could play a critical role in the customary lands issue, unfortunately it had yet to be applied by the government.

Moreover, regional laws enacted in response to an outcry from indigenous people have also failed to address the problems so far, according to Abdon.

“The laws cannot be effective because it is still not clear who the indigenous people are [that they should protect],” he said.

In order for the regulations to be effective, a national mechanism to identify and map out territory belonging to indigenous communities is needed.

Given the absence of such a national mechanism, AMAN, the Community Mapping Network (JKPP) and several other NGOs have set up the Ancestral Domain Registration Agency (BRWA) to allow indigenous communities to register their ancestral domains.

In December 2014, the BRWA was able to compile 517 indigenous land maps, sized at 4.8 million hectares. The community mapping was submitted to the REDD+ agency as temporary data custodian. But since the agency had been merged with the Environment and Forestry Ministry, BRWA head Kasmita Widodo said that he expected the ministry to carry the torch.