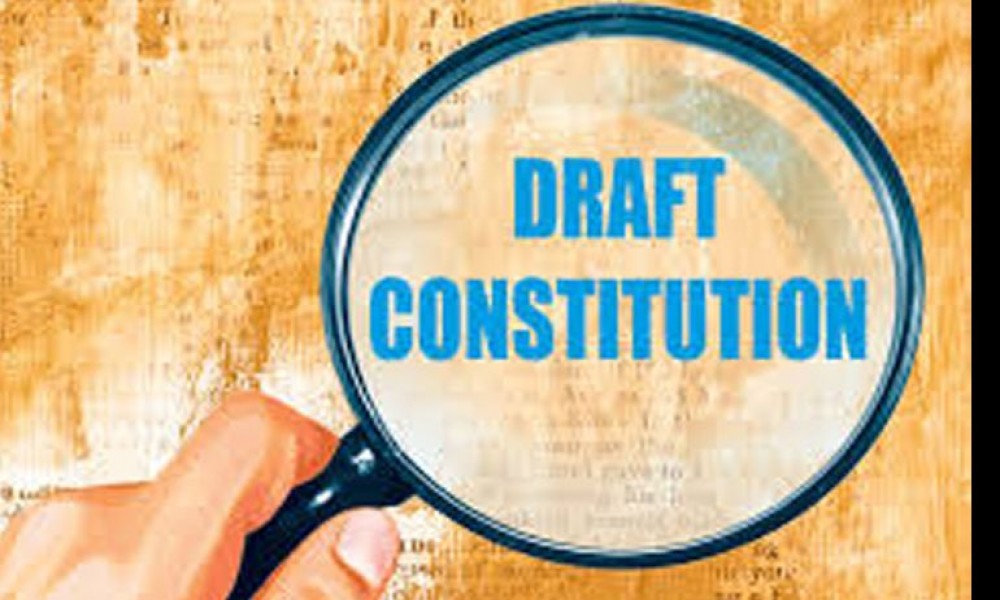 Language experts opine that government would have translated draft constitution in to different local language including in different mother tongue for feedbacks from the peoples in the grassroots.

On July 8, 2015, the meeting of the Constituent Assembly (CA) had endorsed the draft constitution paving the way to take the draft before the peoples for feedback across country.

Dr. Kabita Ram Shrestha says, shouldn't government think and dare to translate the draft constitution in the language that the local people understand, if they had wished for genuine feedback?

He further says "I am confident that the Sherpa and Rai residing in my birthplace in Okhaldhunga district would not be able to give feedback as they may not be able to understand it and it would be meaningless to go before people for the feedback.

On July 8, 2015, the meeting of the Constituent Assembly (CA) had endorsed the draft constitution paving the way to take the draft before the peoples for feedback across country.

Indigenous communities who are illiterate and do not have command on Nepali language, (in which draft constitution is, have been taken before people for feedback), would not be able to give their genuine feedback.

It is not merely, Sherpa and Rai in the hills but also Tharu and Madhesi peoples residing in the Tarai plain land may not be able to understand. It is therefore, there is doubt that the new constitution be inclusive and reflected of peoples' voice.

The CA Committee on Citizen Relation and public Opinion Collection has 15-days starting from July 8 until July 23 to collect public opinion on the draft and prepare a report based on the peoples' views on the draft provisions.

Linguist Amrit Yonjan Tamang says the draft constitution has missed to guarantee many rights of indigenous peoples' including of Muslims and other minorities, but to some extent it has addressed the issues of Dalits and women. The draft constitution prepared by the first CA had clearly stated about the use of different language as the official language of central, federal and local government whereas, the recent draft constitution has strictly says that there will be use of only Nepali language. There is no any provision on getting education, information and others in Indigenous language.

If the people fail to give their feedback and the draft constitution is adopted as a new constitution as it is, it will curtail many rights of indigenous peoples in Nepal.

Of many here are some of the feedbacks that need to be incorporated in the drafts, which are missing:

1) Right relating to Education : each Nepalese residing within the territory of Nepal shall have right to get education in their mother tongue (need to be added under Article 36 (5)

3) Rights relating to Justice : accused shall have right to defend on his/her mother tongue (need to be added under Article 25 (11)

4) Language under the provision of Civil Service Commission: Civil service examination shall be in different mother tongue (need to be added under Article 7