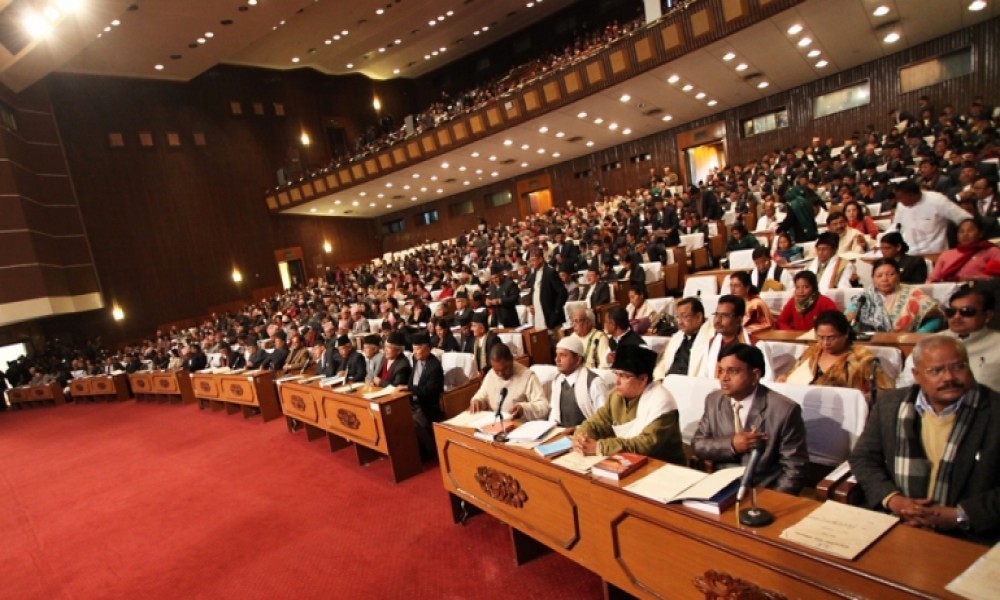 CA members from Dalit, Muslim and Indigenous communities including UCPN-Maoist and Madhesi parties on Thursday continued their protest in the CA meeting, the Constitution deadline.

Right after the CA Chairperson Subash Chandra Nembang announced the start of meeting, they chanted the slogans demanding that the Constitution should be drafted forging Consensus.  The senior leader of UCPN-Maoist Puspa Kamal Dahal, Baburam Bhattrai, Chairperson of Madhesi Janadhikar Forum Nepal, Upendra Yadav had supported to picket the meeting.

On Monday mid-night the CA members from indigenous communities, dalits, Madhesis and UCPN-Maoist, Madhesi party had fiercely protested, amid scuffled against the efforts of the proposal for committee to develop questionnaires on the disputed issues of the constitution before they are put to vote.
They had stood against bringing Constitution without forging consensus on the contagious issues in the Constitution namely executive power sharing, judicial system, electoral system and more importantly the number of federal provinces.

CA chairperson Subash Nembang had tabled the proposal to decide the disputed issues through majority voting system, even though a Baburam Bhattrai, the chairperson of Political Dialogue and Consensus Committee urged the session to end contentious issues through consensus rather than sticking to January 22, the Constitution deadline.

On the eve of January 22, Constitution deadline, CA chair Subash Nembang was presented at the meeting of ruling Nepali Congress and CPN-UML in the Prime Minister's official residence, Baluwatar on Wednesday.

During the meeting NC) and CPN-UML leaders had urged CA Chairman Subas Nembang to proceed with the Assembly process to clear the hurdles for the constitution writing.