Book 'two-decades on the edge of sword' launch 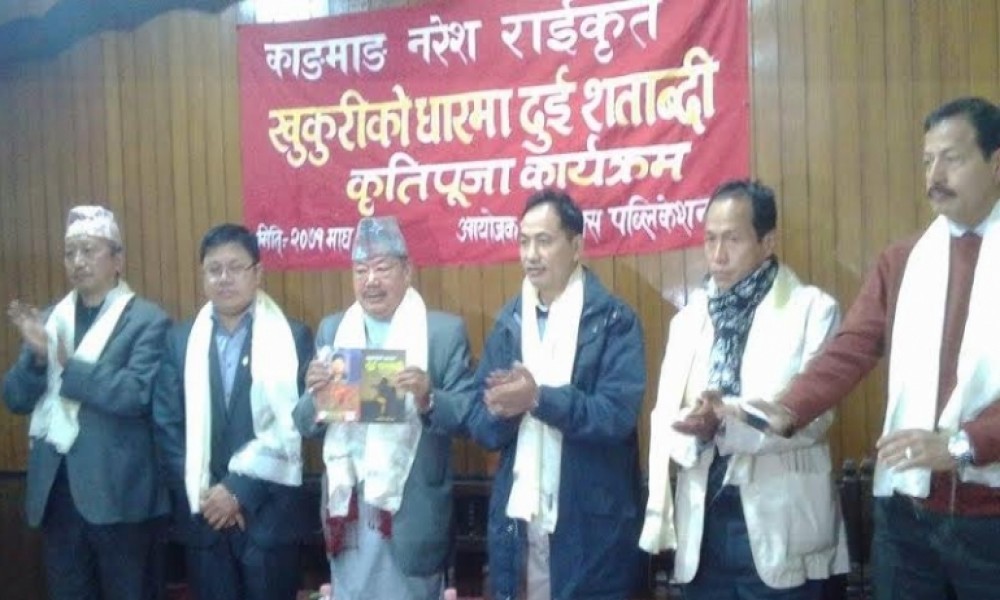 A book entailed, 'two-decades on the edge of sword' written by a British army man—Naresh Kangmang Rai was lauched here in Kathmandu. Rai himself served for 20-years in British Army.

The book was written by Naresh Kangmang Rai, without dramatizing, he has included 20-years long his stressful and dreadful experience that he collated while serving in the British Army.

It has been almost 200-years that Nepalese have been serving the British Army and majority of them are from Indigenous communities in Nepal.
Mr. Rai, who was wounded severely during the war, recalls that British government is violating of international norms without even fulfilling the provisions that they reached with the Nepali British Army in regards to equal pay and facility.

The book was launched in the Nepal Academy in Kathmandu. Speaking at the book launching program, Rai urges government to support in ensuring of the rights of Nepali citizen in British Army.

In the book, he has not only incorporated his experience alone but 27 others British Army man, in which, he has beautifully depicted the deadly war that Nepali soldiers had fought on the behalf of British government namely in Burma, Falkland, Afaganistan and so forth.