What happens when a mother tongue vanishes? 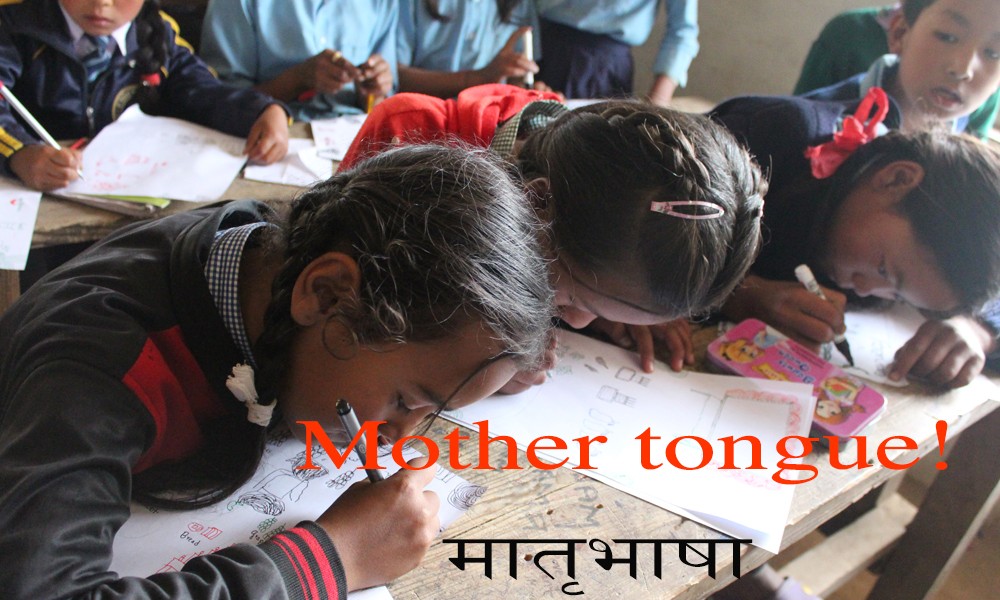 Art & Literature
What happens when a mother tongue vanishes?

I can tell it from my own experience. When I joined the movement to protect and promote mother tongues, my commitment towards the cause deepened and I became more fluent in my Limbu language. To promote our mother tongue, we, the Limbus, also endorsed a policy in Kirant Yakthung Chumlung (KYC) requiring its President to be able to speak Limbu language. But the policy was not implemented effectively, which proves that the State's one-language policy is not the sole reason behind the decline of our mother languages. We are also responsible for it.

The State may have marginalized mother tongues, but who has barred us from speaking our languages? To be sure, there were restrictions on our mother tongues during the party-less Panchayat era. But why did we not speak our languages after the collapse of the Panchayat system? Yes, we have to use Nepali as a lingua franca in everyday life. We should also learn English in our professional life. But we can still speak our mother tongues along with Nepali and English. A language dies when it is no longer spoken by its native speakers.

we can still speak our mother tongues along with Nepali and English. A language dies when it is no longer spoken by its native speakers.

When I argued that we, the native speakers, should also be held responsible for the extinction of our languages, I clearly miffed those who were advocating for the State's protection of mother tongues. But I still stand by what I said, and I will be saying the same. Of course, the State must lay out policies and provide grants for the preservation and development of diverse mother tongues, but government authorities are not expected to be speaking our languages. It is us, the native speakers, who should be speaking our languages. A minister or a Secretary cannot speak our mother tongues inside the Singha Durbar.

The State must be blamed for not introducing and implementing right policies for the preservation of mother tongues, but we should also face a fair share of criticism. Wherever and whenever we gather, we speak in Nepali language. Even if we exchange greetings in our mother tongues, we quickly switch to Nepali. A mother tongue survives and thrives only if it is spoken as widely as possible.

But our diverse ethnic communities have become intrinsically linked with one another because of constant migration for livelihood. In a mixed society like ours, it is only natural for all to choose the most widely spoken language as a lingua franca. It was obviously Nepali in our context. The more Nepali became influential, the more other languages were marginalized.

The death of a language

When a language loses its last native speaker, it signals the death of a heritage. The literature, the culture and the civilization that have thrived within a language also vanish with the loss of the last native speaker of that language. Once a language is dead, it is highly unlikely to be revived. A language is the vehicle of a culture. When this vehicle breaks down, it is impossible for that culture to live and transmit. For example, it is believed that the descendants of the Nepalis captured by enemy forces during the World War-II are still living in Fiji. They have vague ideas about their ancestral roots to Nepal. But they do not know which parts of Nepal they are from, which Nepali ethnicities they belong to, and what languages their ancestors spoke. They have lost not just their language, but also their culture and history.

When a language loses its last native speaker, it signals the death of a heritage.

If we lose our musical instruments like Dhyangro and Chyabrung, we can always remake them. But when our language disappears, it would be extremely difficult to regain it. In rare cases, a dead language has been revived with support and commitment from the government and people, as shown by the revival of Hebrew language. But it is a tall order, especially if the revival effort is not strongly supported by the government and people.

Language is a strong feature of our identity. If we lose our mother tongues, we lose our dignity and self-respect. Without our identity, we will be the mere shadows of our former shelves.

We hear arguments that the use of Nepali as a lingua franca is the reason behind the marginalization of diverse mother tongues in Nepal. But even Nepali language is facing an existential threat due to globalization. Newari is considered to be a widely spoken language, but its survival is also facing a bleak future. When Nepalis go abroad for studies and work, they have no options but to speak in English.

What to do now?

The advocates of linguistic rights have played politics in Nepal. They clamor for linguistic rights of their communities, but they always end up following the orders of their parties. These parties are dominated by the leaders, who are hell-bent on not 'granting rights to Janajati people'. The advocates of linguistic rights are working at the behest of their party bosses. So, we, the native speakers, should be shouldering a bigger responsibility of preserving our languages. The least we could do is to write literature in mother tongues. If we promote literature in mother tongues, we will be able to save them at least in text formats.

(Translation of parts of the article by Bairagi Kainla originally published in Naya Patrika on the occasion of the International Mother Language Day 2022. The article was based on Kainla's conversation with Chandrabir Tumbapo and Raju Syangtan)