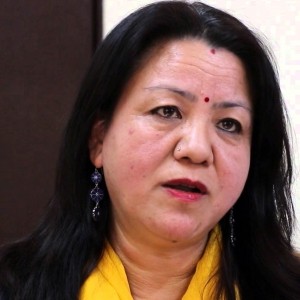 As a result of globalization and liberal economy, Nepali migrant workers, including women, have benefitted from overseas employment opportunities. They are not as much concerned about the financial policy of the Nepal Rashtra Bank (NRB) as about the economy of foreign countries. How economy grows or shrinks in these countries will have a direct impact on their livelihood.

Remittance contributes to the country's economic development.  A 2010 report published by the World Bank (WB) shows remittance accounted for 23 per cent of Nepal's Gross Domestic Product (GDP). In the same year, a Human Development Report published by the UN stated that remittance contributed to Nepal's human development. In 2010-2011, according to an economic survey, Nepal received Rs 259.53 billion as remittance through legal channels. The same survey showed 56 per cent of households received remittance on an annual average of Rs 80,436. Nepal's poverty rate has declined to 25 per cent from 42 per cent two decades ago. Needless to say, remittance was the major factor in reduction of poverty rate in Nepal.
But, who are these Nepalis who send home money from abroad and contribute to the country's economic prosperity? Which castes, ethnic communities or socio-economic classes do they come belong to? Have marginalized communities had access to foreign employment opportunities? These questions need to be answered.

how many of them are from Adivasi/Janajati communities?  It is not clear. Our government agencies do not have data on ethnic composition of Nepali migrant women.

More Nepali women are now working overseas. But, how many of them are from Adivasi/Janajati communities?  It is not clear. Our government agencies do not have data on ethnic composition of Nepali migrant women. In 2012-2013, according to the Department of Foreign Employment (DoFE), more than 2.46 million Nepalis left the country for overseas jobs. Of them, a little more than 56,000 were women. It is estimated that roughly 10 per cent of Nepali migrants currently working overseas are women.

Indigenous women go abroad mainly through three ways. As indigenous men, mainly Gurung, Magar, Limbu, Rai and Tamang communities, serve the British army and Singapore police, their spouses go to countries like the UK, Singapore and Hon Kong. Some women go there by forging marriage certificates. No matter what, this is relatively the safest way for Indigenous women to go abroad. Second, they go to the gulf as house maids by obtaining work permit. As long as they get permit and meet all the process, they will not face difficulties overseas. Even if they do, legal remedy would be within their reach. Third, they go to the gulf via third country and without permit. They are vulnerable to all kinds of exploitation and danger.

Indigenous women lack access to government mechanisms, knowledge about and skills for overseas employment. So, they adopt the third option to go overseas and get victimized at the hands of agents, job providers and even law enforcers.

Indigenous women lack access to government mechanisms, knowledge about and skills for overseas employment. So, they adopt the third option to go overseas and get victimized at the hands of agents, job providers and even law enforcers.

Going abroad for job requires a certain amount of money. They have to spend money for citizenship certificate, passport, medical checkup, insurance, manpower fee, government fee and travel cost. Most of them do not have land ownership and fail to manage money on their own. The result is: they end up treading the dangerous path.

In the present context, foreign employment is not an option but a necessity. It is even more important for women belonging to marginalized communities like Indigenous Peoples, Madhesi, Dalit. A look at ethnic composition of migrant workers rescued by Paurakhi Nepal reveals that Janjati, Dalit and Madhesi women are most vulnerable to exploitation and risk associated with foreign employment.  It does not mean that women belonging to other caste groups are safe but marginalized women are relative at more risk.